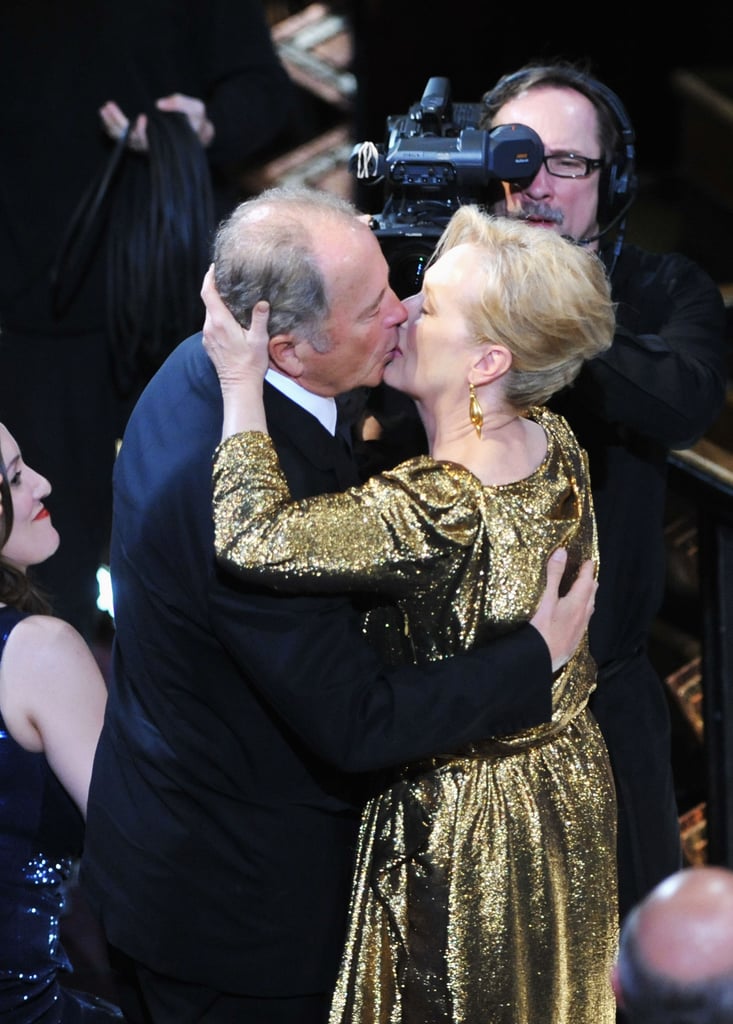 Meryl Streep knows a thing or two about long-term success, and her marriage is no exception. She and sculptor Don Gummer have been married since 1978, and he's been by her side at a number of industry events and award shows in the years since. Meryl may have been mentioned more than God in Oscars acceptance speeches over the last decade, but at the 2012 Academy Awards, it was her husband who received a sweet shout-out. When Meryl won best actress for The Iron Lady, she said, "First I'm going to thank Don because when you thank your husband at the end of the speech they play him out with the music, and I want him to know that everything I value most in our lives you've given me."

The pair first met after her partner John Cazale — of The Godfather and The Deer Hunter — died of bone cancer. She was invited to move into the vacant apartment of her brother's friend Don, who was traveling abroad, and when Don returned, she ended up staying, and they were married within six months. The couple now have four kids together, including one son and Meryl's three look-alike daughters. Look back at the pair's sweet relationship through the years.