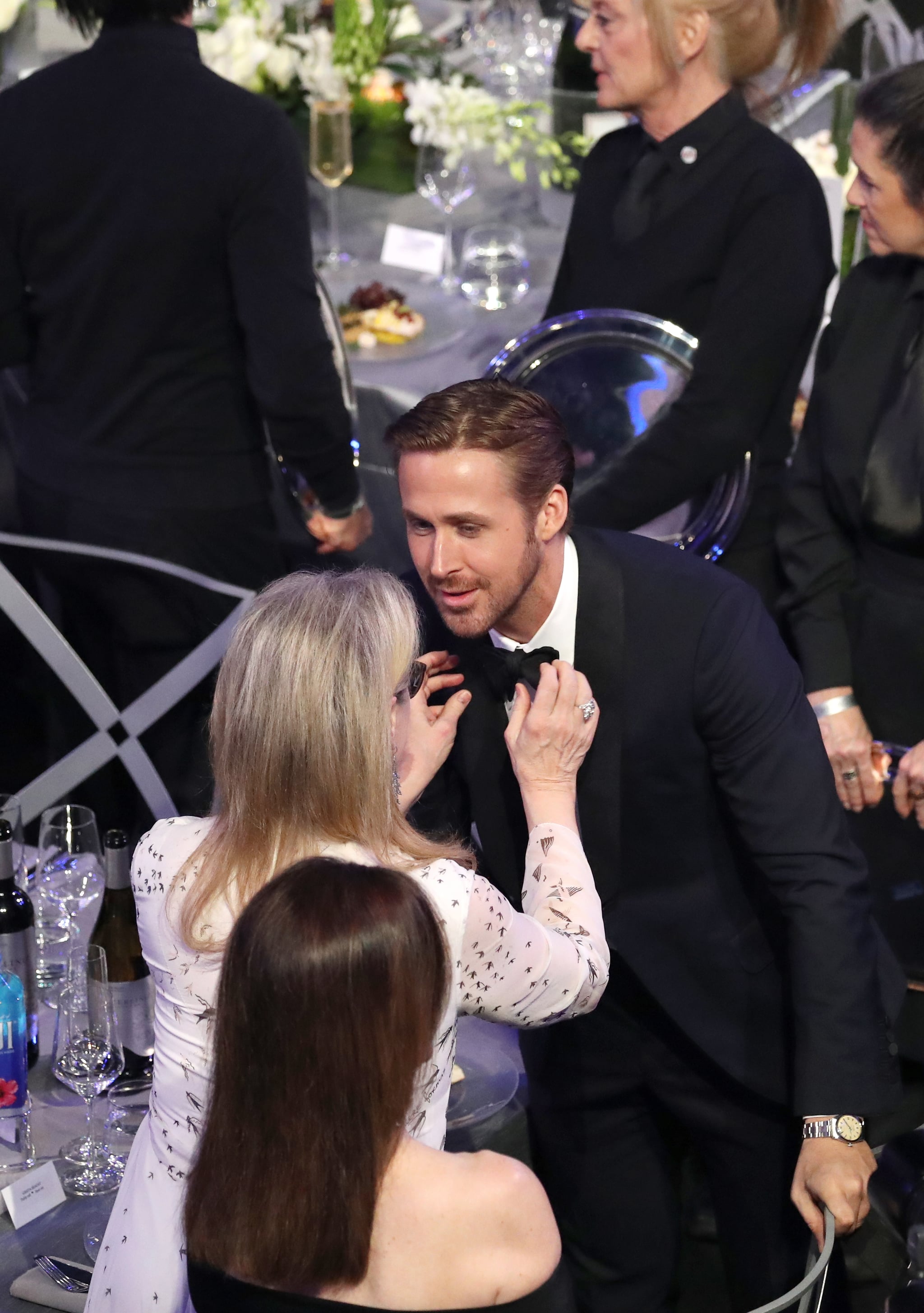 Meryl Streep may be a 20-time Oscar nominee and all-around national treasure, but that doesn't mean she's too important to help out a fellow actor avoid a wardrobe malfunction. During a commercial break at the SAG Awards on Sunday night, Meryl lent her assistance to Ryan Gosling, who appeared to be struggling with his bow tie. The La La Land star may have lost the best male actor award to Denzel Washington, but hey, he'll always this sweet encounter to take home as a consolation prize (and he still looked pretty adorable while watching costar Emma Stone accept her trophy for best female actor). We're actually not sure who was luckier here: Meryl, for getting to touch Ryan Gosling's chest, or Ryan, for getting his chest touched by Meryl Streep. 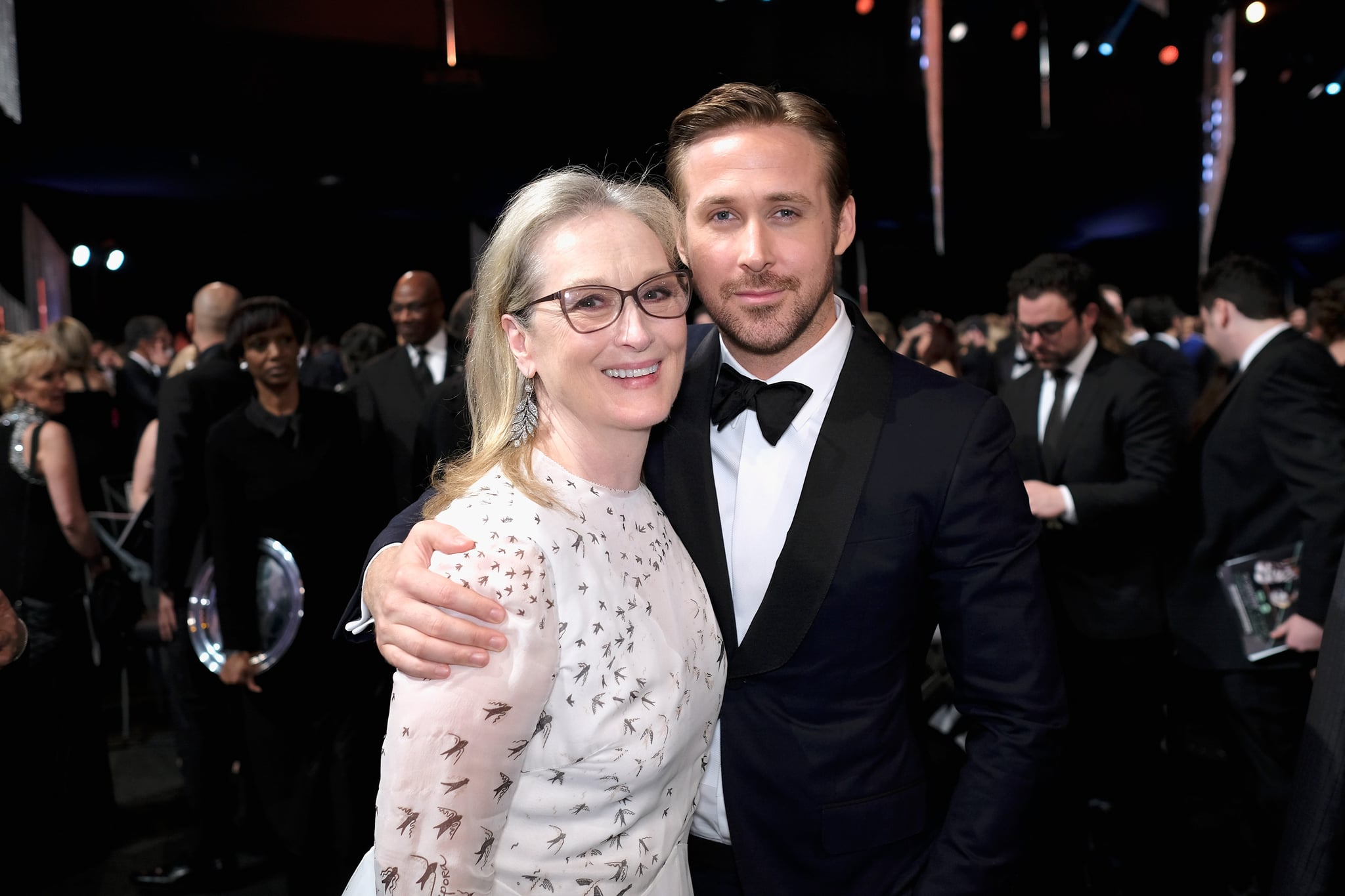 Camila Mendes
Camila Mendes's Blush, Beaded Dress Has a Hidden Cape — Did You See?
by Sarah Wasilak 3 days ago

Schitt's Creek
The Schitt's Creek Cast Hung Out at the SAG Awards, and I Love This Journey For Them
by Karenna Meredith 3 days ago

Camila Mendes
The Riverdale and Stranger Things Cast Hung Out at the SAG Awards, and I Need a Crossover ASAP
by Kelsie Gibson 4 days ago
Latest Celebrity and Entertainment