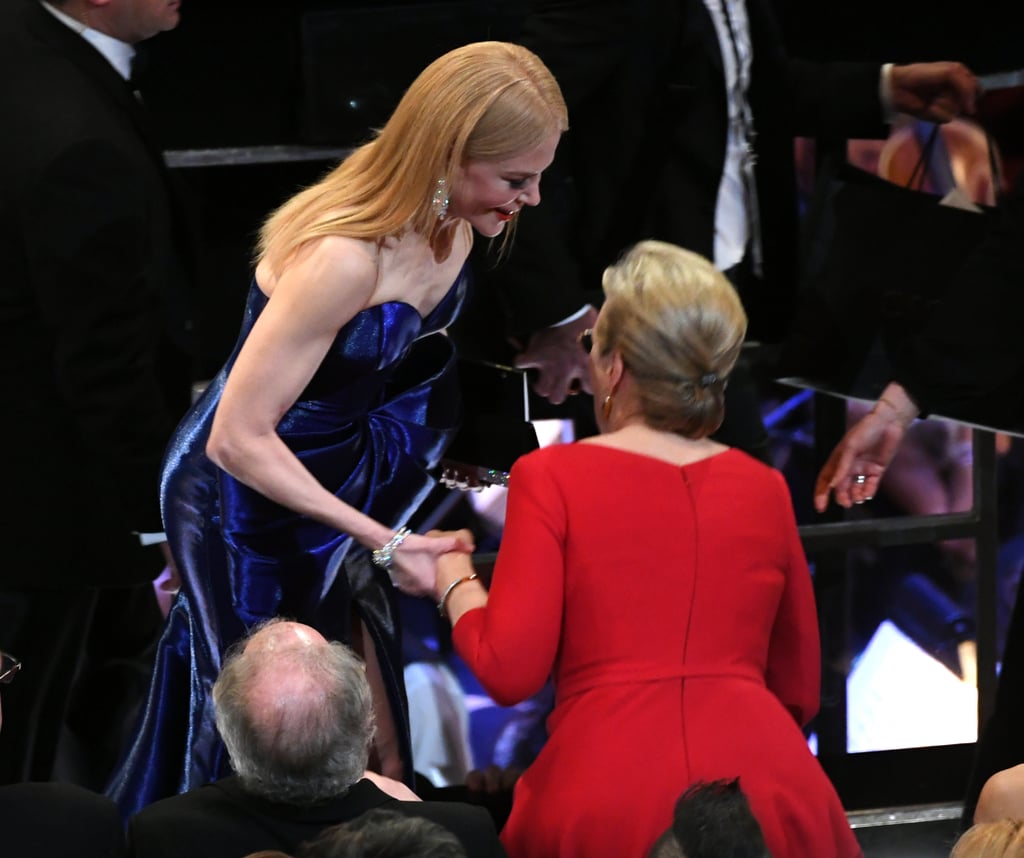 In case you haven't heard yet, Meryl Streep was recently confirmed to star in season two of HBO's hit Big Little Lies. The actress is set to play Mary Louise Wright, the mother of Alexander Skarsgard's character Perry Wright, and on Sunday, Meryl had an adorable reunion with her onscreen daughter-in-law Nicole Kidman (Celese Wright) at the Oscars. The two ladies were spotted chatting in the audience — do you think they whispered BLL secrets?

Not much is known about Meryl's character yet, other than that she's "concerned for the well-being of her grandchildren," so we'll just have to wait until the series returns in 2019 to find out. In the meantime, we'll just be over here obsessing over this adorable moment.

Oscars
How to Pose With Your Oscars, as Taught by the Iconic Bong Joon-ho
by Victoria Messina 11/2/20

Oscars
These Were the Most Glamorous Beauty Looks at the 2020 Oscars — See Them Now!
by Lauren Harano 10/2/20

Oscars
Did the Riverdale Cast Have the Time of Their Lives at the Oscars Afterparty? Yes, Yes They Did
by Angela Law 11/2/20

Oscars
Work That Dress! Vanessa Hudgens Is Having More Fun Than Anyone Else at the Oscars Afterparty
by Macy Cate Williams 10/2/20

Oscars
After Seeing Lili Reinhart's Gown, We Think She Should Star in a Remake of The Princess Bride
by Macy Cate Williams 10/2/20