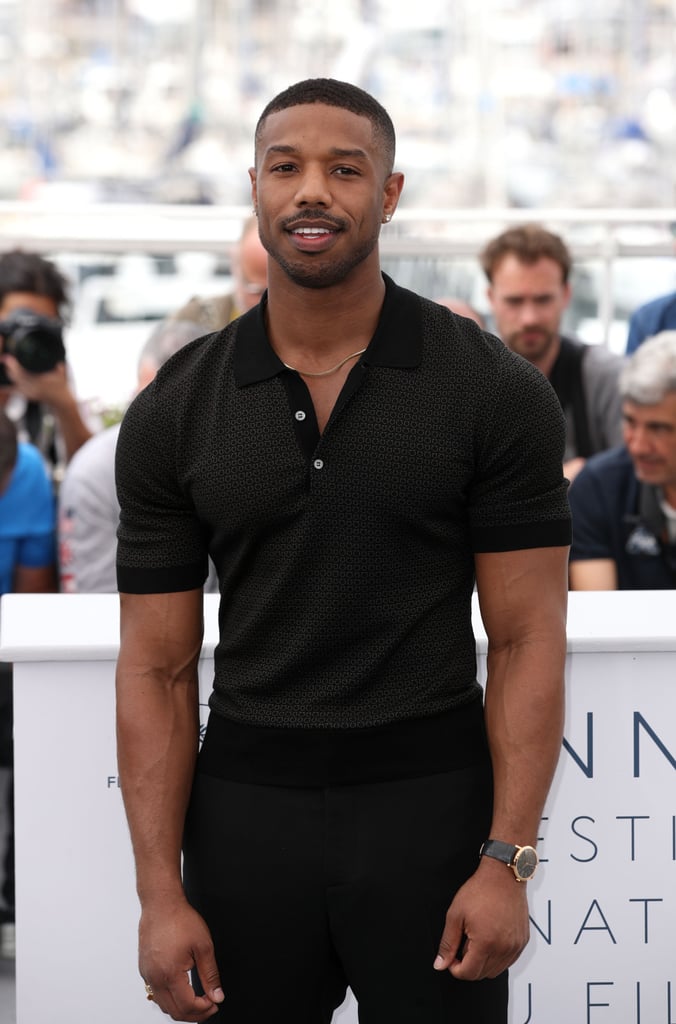 Michael B. Jordan stepped out looking like a million bucks at the 71st annual Cannes Film Festival in Cannes, France on Saturday. The Black Panther actor, who's currently shooting the sequel to 2015's boxing drama, Creed, could barely contain his bulging biceps in a short-sleeved shirt which was unbuttoned at the top and more than enough hotness to make us need smelling salts.

The 31-year-old star was on hand for a photocall with his Fahrenheit 451 costars Michael Shannon and Sofia Boutella, along with director Ramin Brahani ahead of its HBO premiere later that day. Not only did Michael appear to be in great spirits, cracking jokes with his cast mates in many of the snaps, but he also didn't mind flexing his muscles for photographs either.

See more photos from Michael's swoon-worthy day at the film festival ahead, then check out how other Hollywood stars are bringing the glamour to Cannes. Ready, set, go!