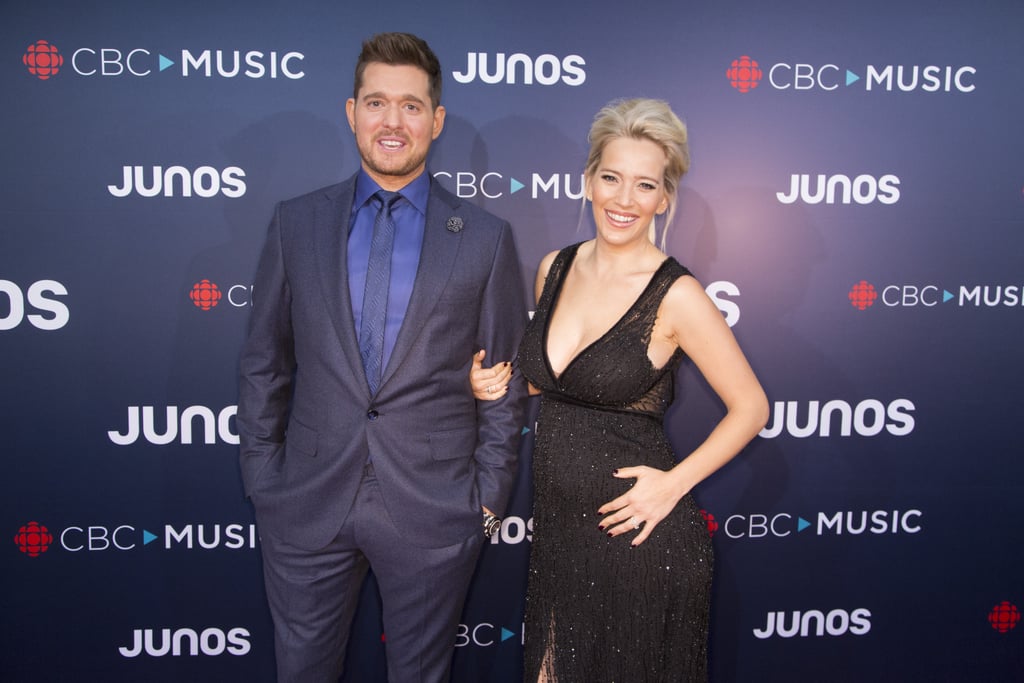 Michael Bublé and Luisana Lopilato were all smiles as they attended the Juno Awards in Vancouver, Canada, on Sunday. The couple, who is expecting their third child together, was beaming as they posed for photos on the red carpet. The two are already parents to sons Noah, 4, and Elias, 2. While the Canadian singer and host of the event looked sharp in a navy suit, his wife looked absolutely radiant as she showed off her growing baby bump in a black sequined gown.

The pair certainly have a lot to celebrate. In November 2016, Michael revealed that their eldest son was diagnosed with liver cancer and had begun chemotherapy. After taking some time away from the spotlight to focus on their family, Luisana announced that Noah was officially cancer-free during a press conference in her native Buenos Aires, Argentina, in April 2017. He was actually supposed to host the Juno Awards last year, but bowed out due to his son's health struggles.

The singer touched on his family's hardships when he spoke with ET Canada on the red carpet ahead of the event. "Emotionally, it's a roller coaster," he said. "I think life sort of teaches you these hard lessons sometimes. Part of that lesson is that it allowed me to really have perspective and to really enjoy more than I ever have in my life. I enjoy the small things." If their recent outing is any indication, he is certainly taking that motto to heart.