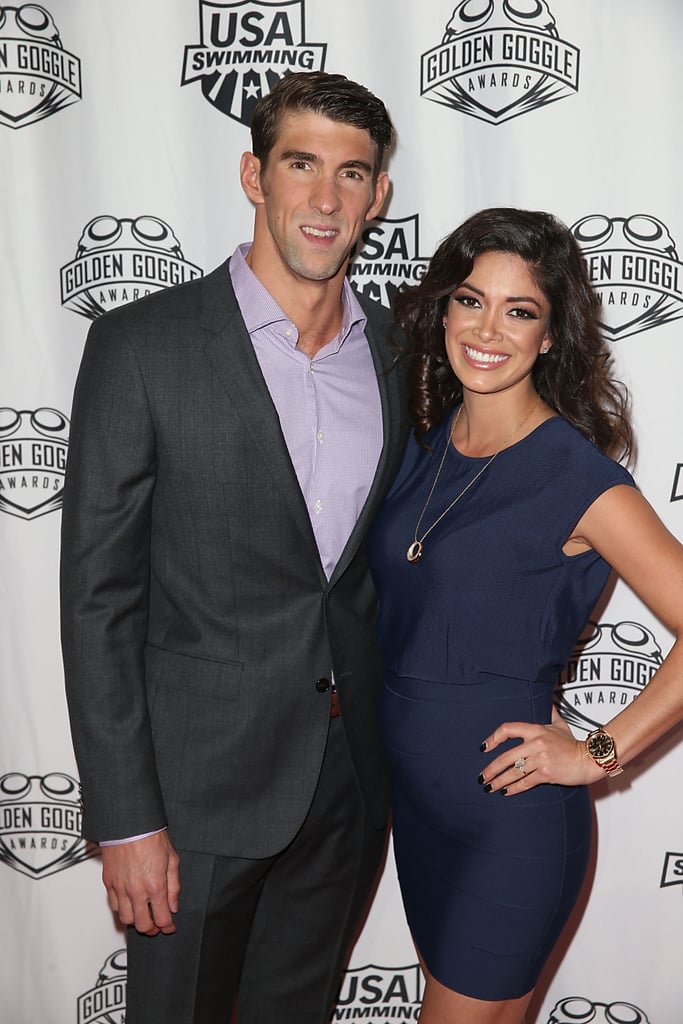 Michael Phelps and his fiancée, Nicole Johnson, first began dating in 2007, and after taking a short break in 2011, the pair reunited in 2014. Since then, the couple has shared a slew of sweet moments together, including the birth of their first child, Boomer, and their engagement. Most recently, Nicole opened up about the duo's wedding plans to Access Hollywood in Rio, revealing, "We have a date. It'll be small and intimate for the wedding, and then we're throwing a massive bash for everyone in the states." As we await more details about Nicole and Michael's upcoming nuptials, check out 15 reasons it should be illegal for the Olympic swimmer to wear a shirt.