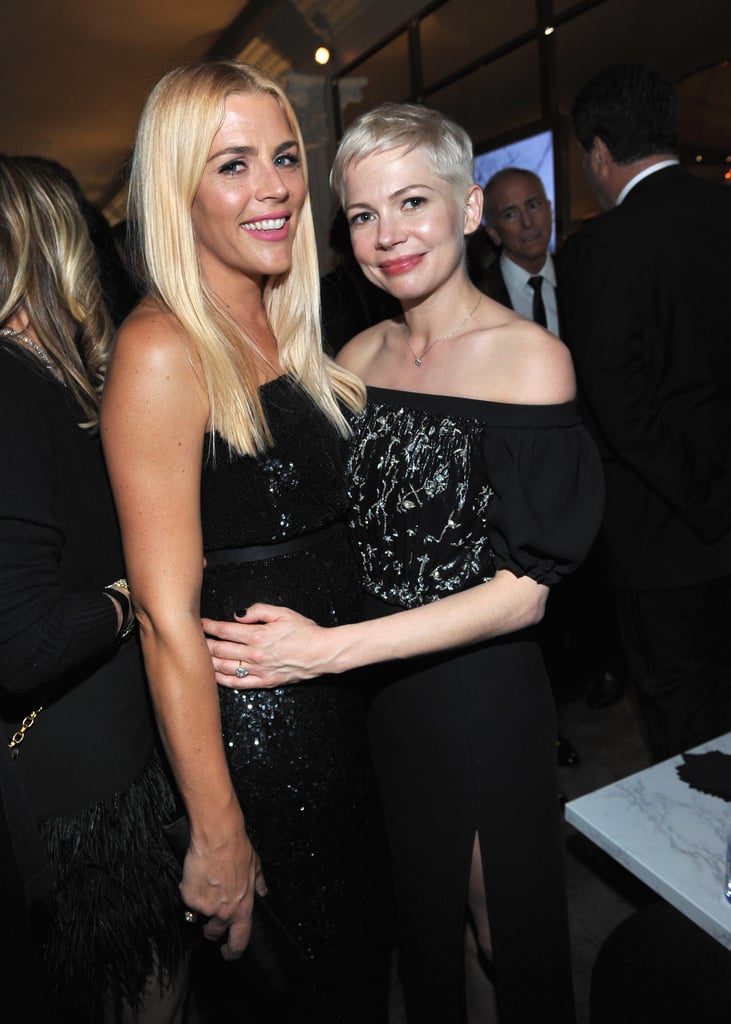 Michelle Williams brought #MeToo founder Tarana Burke as her date to the Golden Globes on Sunday night, and after the ceremony, they met up with Michelle's BFF Busy Philipps for a couple of afterparties. Busy showed her support for the Time's Up movement in a black strapless dress as she joined Michelle and Tarana at InStyle's annual bash as well as HBO's official soiree, and the trio was photographed leaving together after their night out.

Michelle was one of a handful of actresses who were accompanied by activists at the Globes this year; the All the Money in the World actress was lauded on social media for her commitment to making Tarana and her important work the focus of each of her red carpet interviews. Even though Michelle was firmly planted by Tarana's side all night, it was inevitable that she and Busy would meet up again after attending the show together last year!