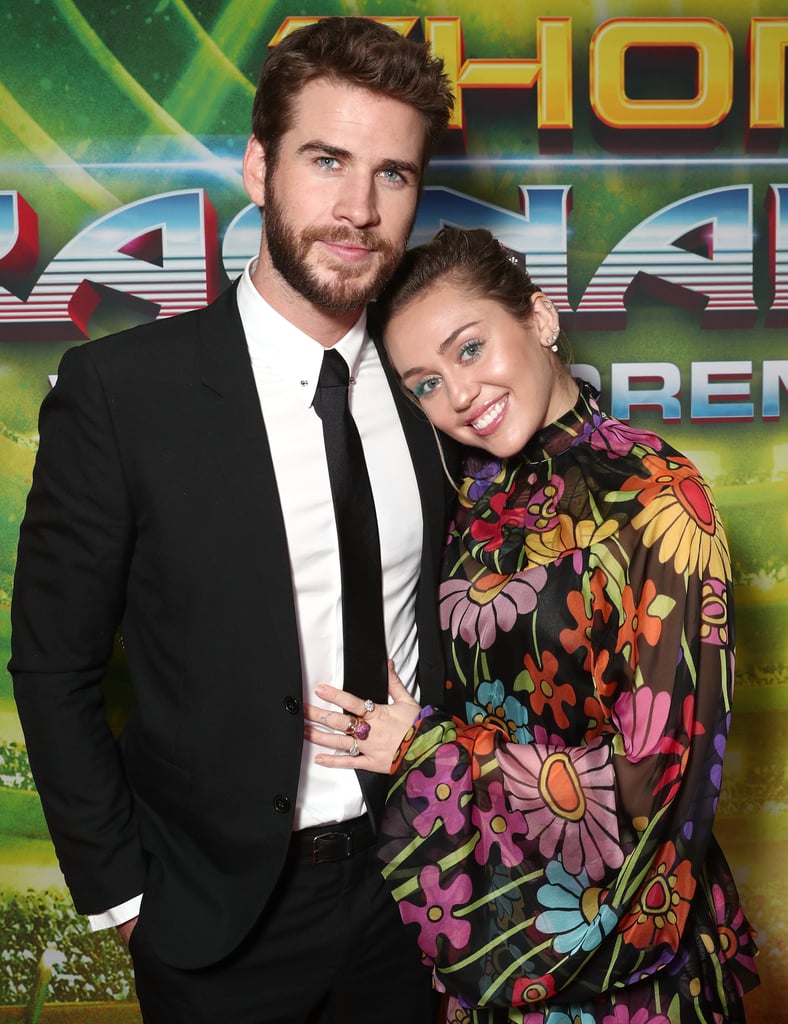 Miley Cyrus has always been a traditional rule-breaker, but she's also willing to toss aside vows she makes for herself. After promising to never walk a red carpet ever again last year, the "Malibu" singer did just that when she attended the LA premiere of Thor: Ragnarok with fiancé Liam Hemsworth on Tuesday. Aside from showing support for Liam's older brother Chris, who stars in the film, the event also marked the couple's first joint red carpet event since rekindling their romance in January 2016 — and we're eating it up! The pair looked more in love than ever while posing for photographers together, with Miley lovingly putting her hand on Liam's stomach. The two are usually pretty private about their relationship, but we love getting little glimpses of their romance!