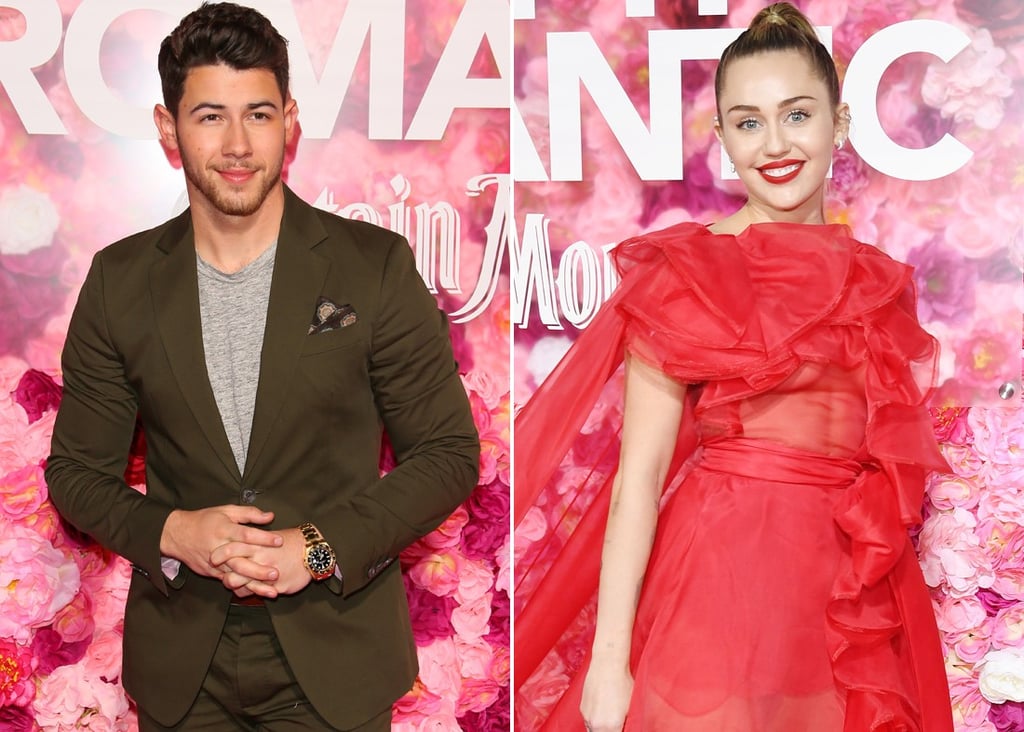 SOS: Miley and Nick Were BOTH at the Isn't Romantic Premiere Supporting Their Spouses

There might have been a Miley Cyrus and Nick Jonas reunion on Monday. The singers, who dated from 2004 until 2006, both attended the LA premiere of Isn't It Romantic to support their spouses, Liam Hemsworth and Priyanka Chopra, who costar in the rom-com together. While Liam unfortunately wasn't able to attend the big premiere due to health issues, Miley proudly stepped in for her "hunky hubby" as she walked the carpet in high heels and a stunning red dress. Meanwhile, Nick and Priyanka continued to flaunt their sweet romance as they smiled for photographers.

Though Miley and Nick didn't pose for any photos together, it still warms our Disney Channel-loving hearts to see them at the same event all these years later. Not to mention how happy they seem with their significant others. In December, Nick and Priyanka got married during a few extravagant wedding ceremonies in India, and just a few short weeks later Miley and Liam tied the knot during an intimate ceremony at their Tennessee home on December 23.