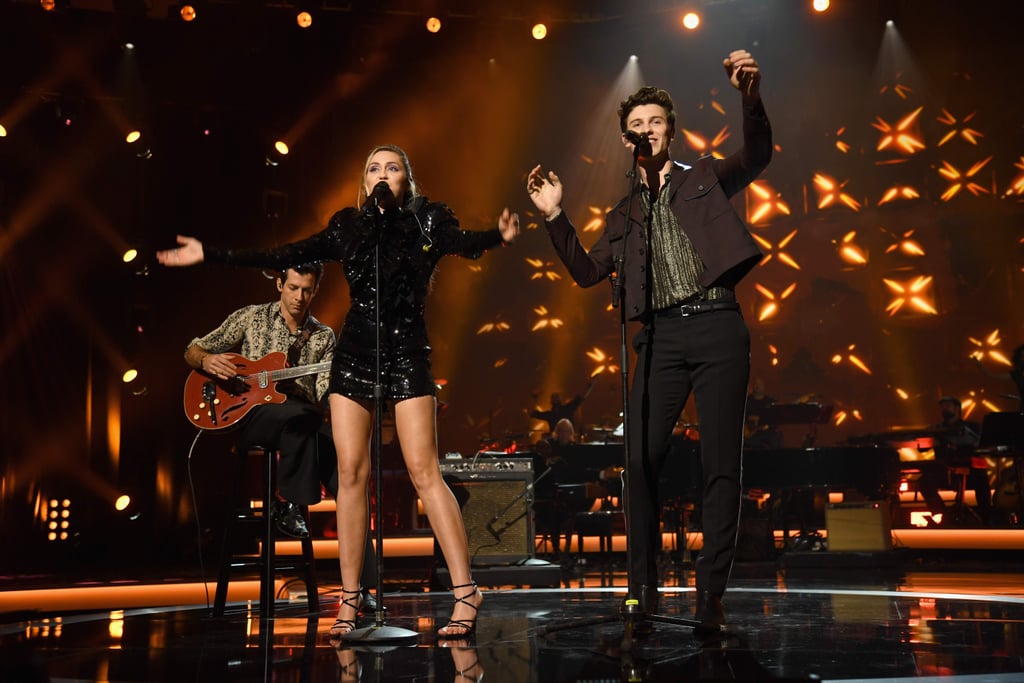 Miley Cyrus and Shawn Mendes just might be the musical duo the world needs. On Feb. 8, the two teamed up with Mark Ronson to deliver a beautiful tribute to Dolly Parton, who was being honored at the MusiCares Person Of The Year gala in Los Angeles. Cyrus and Mendes took the stage to sing Parton and Kenny Roger's 1983 song "Islands in the Stream" while Ronson strummed along to the tune.

That night, Cyrus — who is Parton's goddaughter — posted about the tribute on Instagram, writing, "It's YOUR night Aunt @dollyparton! Beyond deserved!" She also sang the praises of Mendes, sharing a photo of them hanging out on the red carpet at the event. "We rely on each other uh-huh," she wrote, referring to the lyrics of their duet.