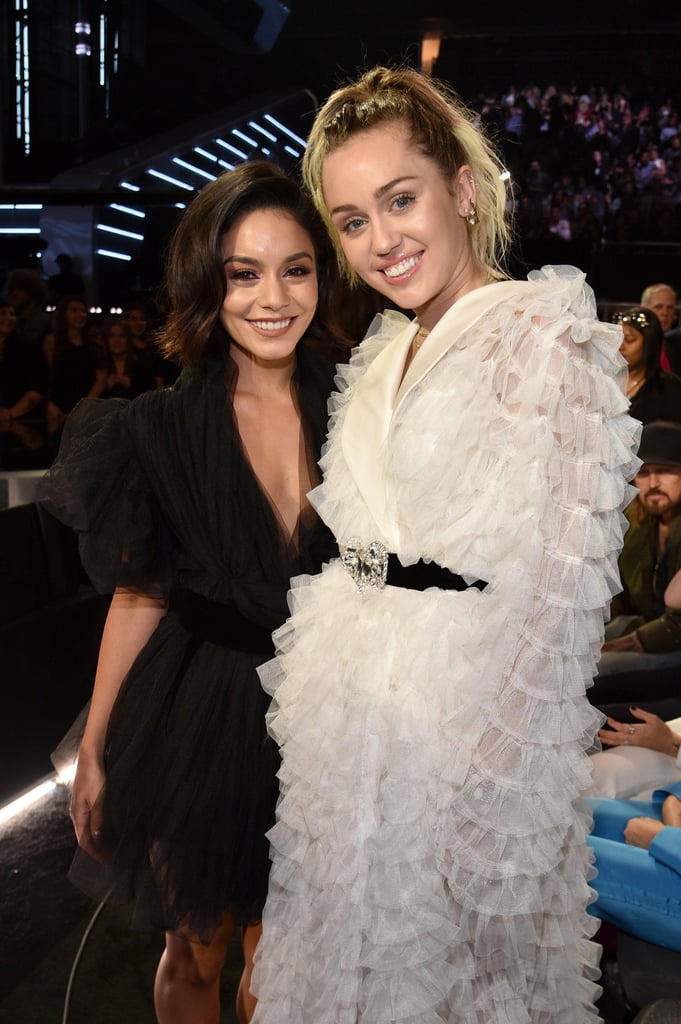 Miley Cyrus and Vanessa Hudgens had a little Disney Channel reunion at the Billboard Music Awards on Sunday. During a commercial break, Vanessa took a break from her hosting duties to catch up with her former costar, giving us a heavy dose of nostalgia. While the "Malibu" singer is well-known for her TV series Hannah Montana, she also made a quick cameo in Vanessa's equally popular movie franchise, High School Musical 2 back in the day. Now that Miley is making new music, it sounds like the perfect time for the two to do a collaboration.