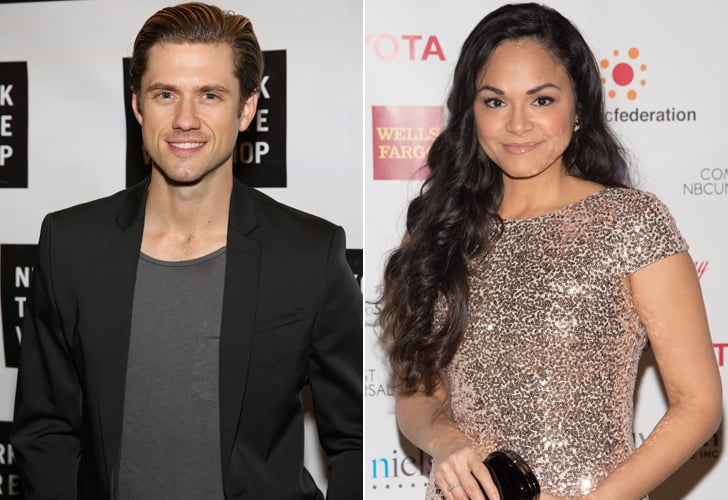 Come what may, we're probably going to be obsessed with the upcoming musical adaptation of Musical Rouge! — but it doesn't hurt that it officially has a stellar cast. The news originally broke in 2016 that Baz Luhrmann's beloved 2001 film starring Nicole Kidman and Ewan McGregor was getting the stage treatment. Now, it's been revealed that Aaron Tveit and Karen Olivo have been cast as Christian and Satine, respectively.

You might recognize Tveit as Gossip Girl's Tripp van der Bilt, but he's also an established theater actor who's appeared in Wicked, Rent, and Catch Me If You Can. He also portrayed Enjolras in the 2012 film adaptation of Les Misérables. Olivo has previously appeared in In the Heights, Hair, and the Chicago production of Hamilton. In 2009, she even won a Tony Award for her portrayal Anita in West Side Story. In other words? They're the perfect choice to portray the passionate, ill-fated Parisian lovers.

If you're wondering when Moulin Rouge! The Musical is going to hit Broadway, you have a bit of a wait. The production will first debut at Boston's Emerson Colonial Theatre on June 27 and will run until Aug. 5. Then, it is expected to come to Broadway, although no additional dates or details have been announced yet. In the meantime, why not brush up on the movie's excellent soundtrack?