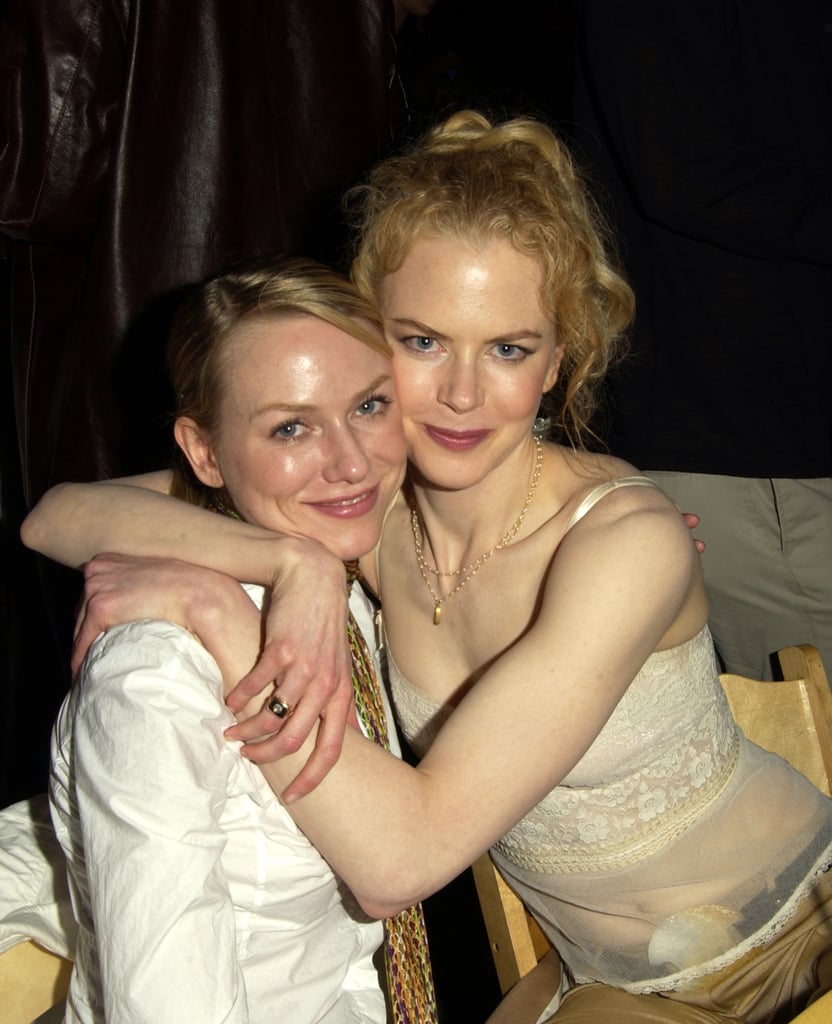 Naomi Watts and Nicole Kidman's Friendship, From Down Under to Top of the A-List

Naomi Watts and Nicole Kidman aren't just fellow Aussie actresses; they're also best friends. The ladies have been close since attending high school at the Phillip Street Theatre in Sydney, and their friendship is evident at movie premieres and award shows to this day. In 1991, they starred together in the Australian independent film Flirting. Of her relationship with Naomi, Nicole has said that they are "very, very good friends and have maintained that through so many things," adding, "I think that's really rare, particularly for actresses, and I take a lot of pride in that." Naomi has also revealed that the two share "naughty wicked senses of humor" and that while they "definitely go to glamorous dinner parties" they can also "sit in a room and motormouth each other." In honor of their decades-long friendship, here are Nicole and Naomi's sweetest photos.