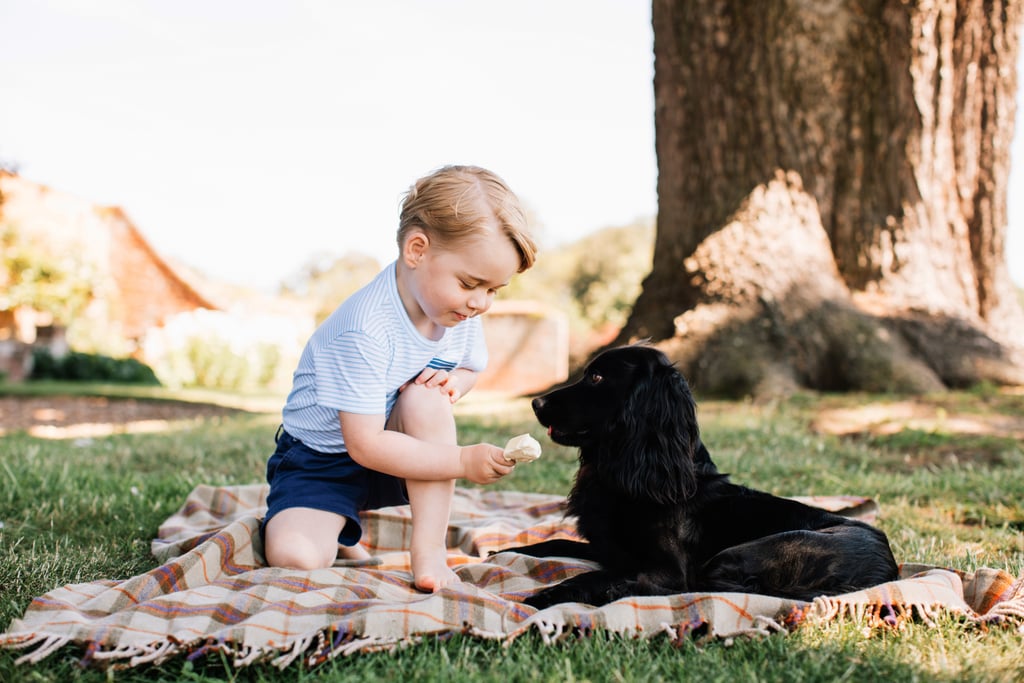 The Duke and Duchess of Cambridge have released new photos of Prince George to mark his third birthday, and as expected, they're beyond cute. Prince George has had his fair share of adorable moments over the last few years, but this is the first time that the young royal has started to look a bit grown up. Dressed in a blue striped t-shirt and shorts, George smiled big for the camera while playing around on a swing engraved with the names of his parents, and sneaking a treat to the family dog, Lupo. While sadly there aren't any of his trademark "unimpressed" faces, we have to say that George's third birthday photos are sure to be a hit. Check them out below, and then see all of his best moments with baby sister Charlotte!

Inspiring Quotes
These Quotes Prove That Viola Davis is One of the Wisest, Kindest, and Most Inspiring Stars in Hollywood
by Kate-Lynne Wolmarans 11/8/20

Celebrity Fashion
When It Comes To Fashion, Selena Gomez Is, and Always Be Our Main Source of Style Inspiration
by Kate-Lynne Wolmarans 22/7/20
Latest Celebrity and Entertainment