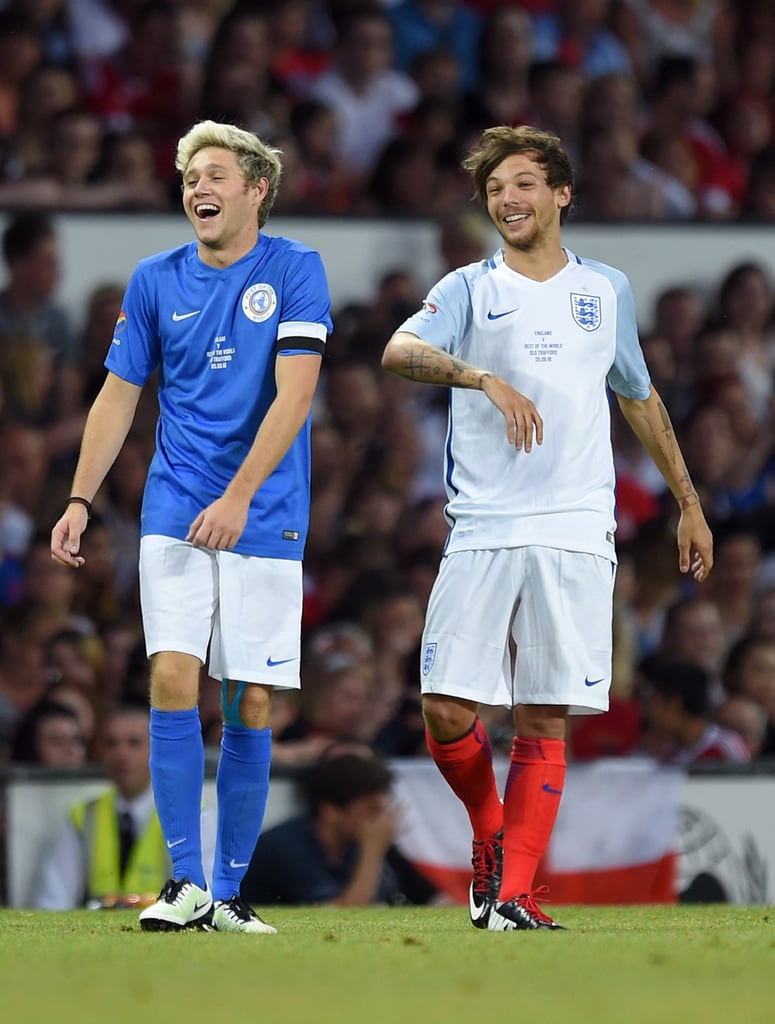 One Direction fans, rejoice! Two of the band's members, Niall Horan and Louis Tomlinson, reunited on Sunday to participate in the 2016 Soccer Aid game, a celebrity match aimed to raise money for UNICEF UK, at Old Trafford Stadium in Manchester, England. The handsome stars, who are currently enjoying some much-needed down time while the band is on hiatus, were all smiles as they faced off against each other on opposing teams. In addition to sharing a few laughs on the field together, Niall also mingled with Game of Thrones star Iwan Rheon, and Louis celebrated his team's victory by showering reality star Mark Wright with a bottle of champagne. Since the event raised £5.4 million, we'd say just about everyone left a winner.