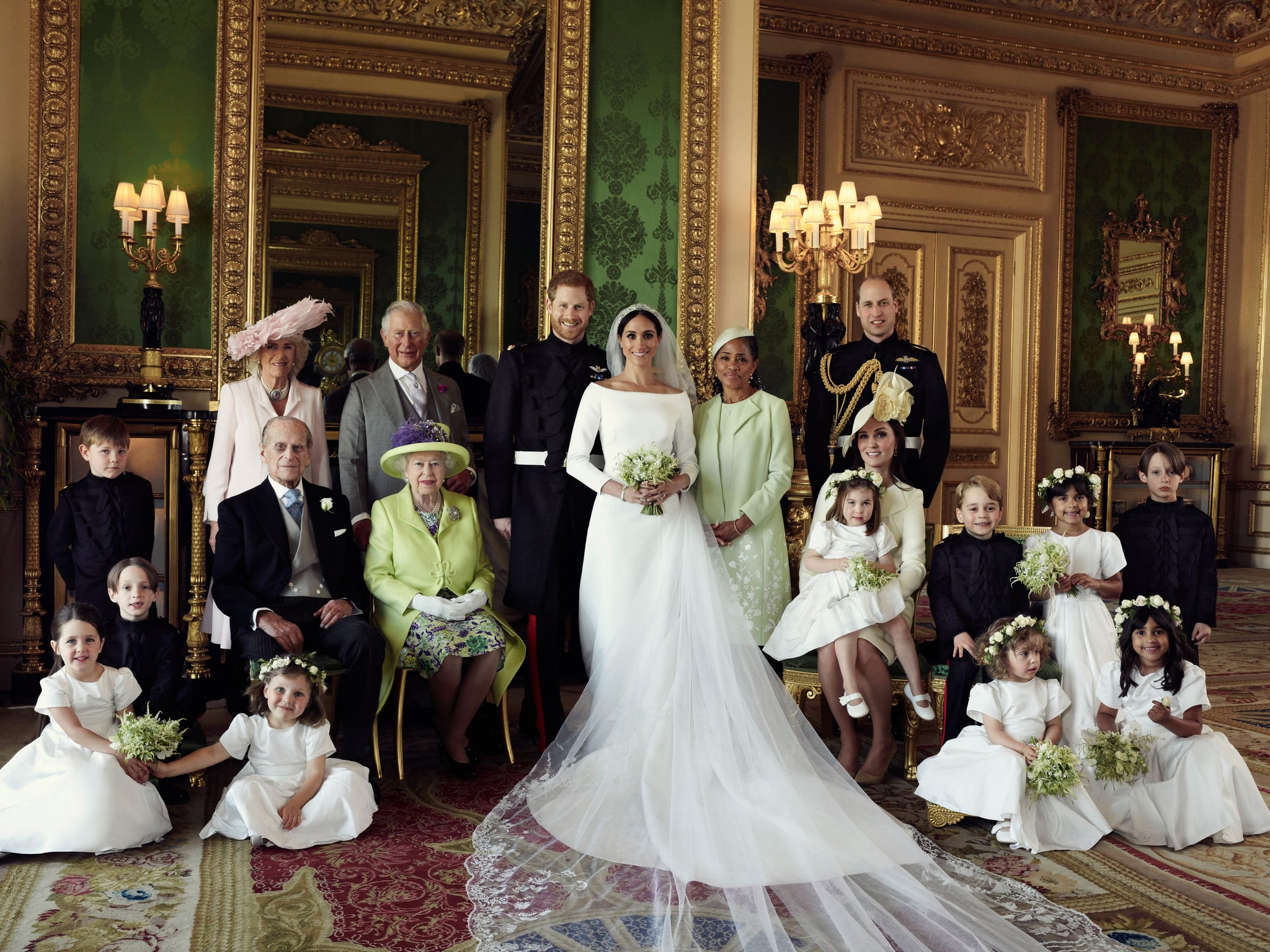 Every tiny royal wedding detail was planned with the utmost consideration and precision, and that includes the official wedding photos.

When the royal wedding pictures were released, you might have been so distracted by the beauty and grace of Miss United States (you're welcome, Miss Congeniality fans), that you missed the significance of each family member's position in the the official photos shot by Alexi Lubomirski. Former royal editor and Prince Harry biographer Duncan Larcombe told Harpers Bazaar "these portraits cement Harry and Meghan's place at the heart of the royal family" before going on to discuss the positioning of each member and the significance.

Related:
Bask in the Adorableness of All the Kids at the Royal Wedding

Duncan explains that due to the fact Doria, Meghan's mother, was her only relative able to attend, the Duke and Duchess had to stand in, literally, on her side so the photo didn't look unbalanced. Duncan said "if Thomas Markle had made it to the wedding, he likely would have been standing in the same spot where Prince William ended up posing, or even where Ragland stands in the portrait, seeing as Kate Middleton's father stood directly to her left in her wedding portraits."

The photographs may have also been another way the Duke and Duchess of Sussex decided to take a more relaxed approach to their wedding, with Kate Middleton sitting down with Princess Charlotte on her lap and an overall less formal setting compared to William and Kate's (although, it's still pretty damn regal to us). You can also clearly see the photographer's eye at work when it comes to symmetry: the queen, Doria, and Kate are all wearing similar colors, so positioning them in this way makes for the most visually appealing image, surrounded by the darker uniforms and suits worn by the men.

Whatever the reasons are, one thing is for sure: the photographs are beautiful, and Prince George clearly had a blast while they were being taken!