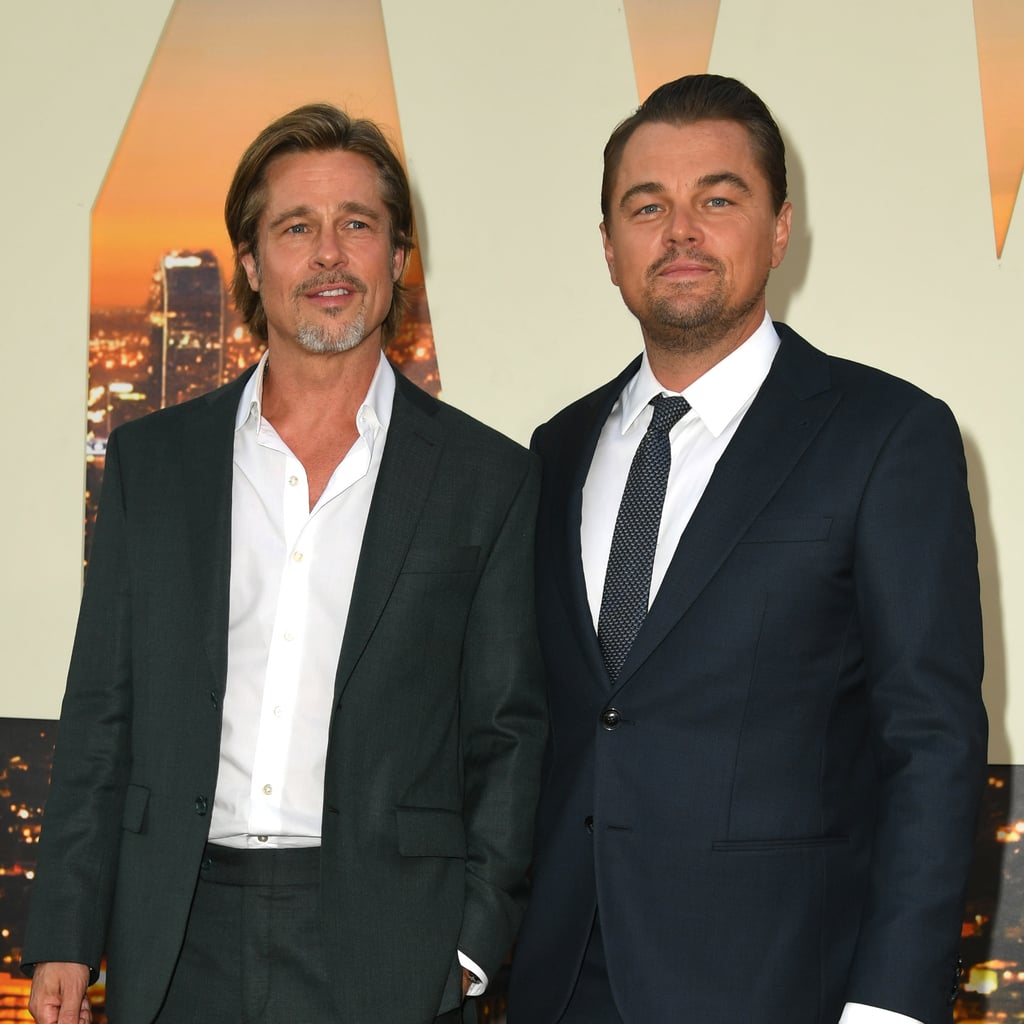 Brad Pitt and Leonardo DiCaprio returned to the red carpet on Monday night for the highly-anticipated LA premiere of Once Upon a Time in Hollywood. After debuting the Quentin Tarantino-directed movie at the Cannes Film Festival in May, Brad and Leo put on quite the sexy show as they flashed their signature smolders and simultaneously melted us into a puddle. The actors — who both looked equally dapper in suits — were joined by Quentin, as well as their gorgeous costar Margot Robbie.

Once Upon a Time in Hollywood is described as "a unique take on Manson Family Murders" and "takes place at the height of the counter-culture explosion, the hippie revolution, and the height of a new Hollywood." Most recently, the cast linked up for a fun photocall in LA, and Brad sure was in a photobombing mood. Check out photos from the glamorous premiere ahead, before the film hits theaters on July 26.