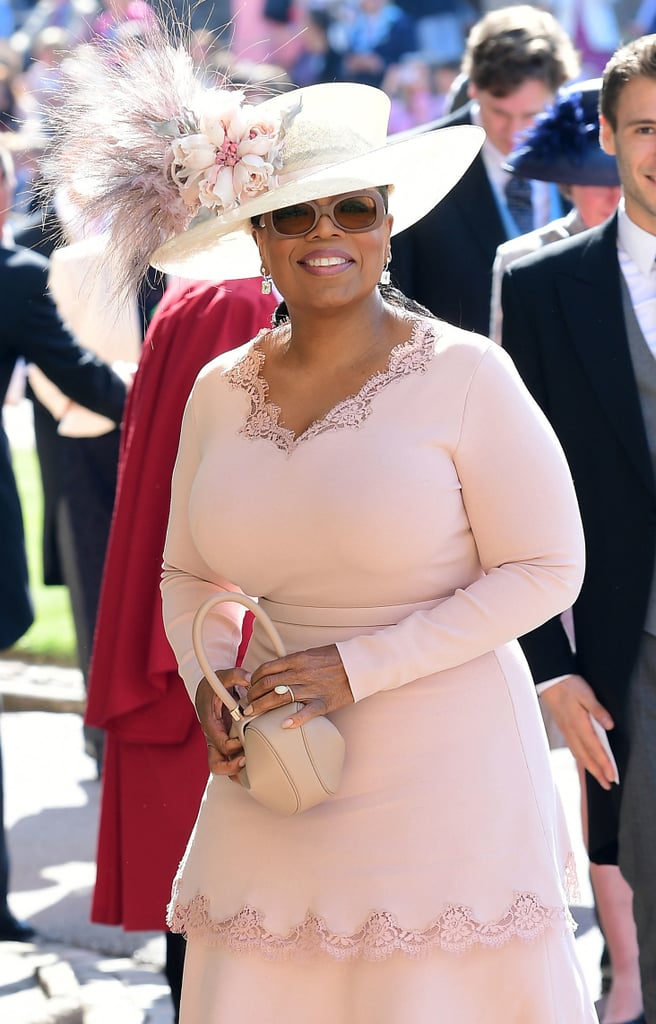 Oprah Winfrey was one of the lucky celebrities who had the honor of attending the royal wedding on May 19, and naturally, she is still raving about it. On Monday, the media mogul gushed to ET during the LA premiere of her new series, Love Is __, about the "transformative" experience. "It was more than a wedding, I thought," Oprah explained. "It was a cultural moment. You could not be there or watching on television and not feel that there was a shift that just happened in the middle of it. I think it's bigger than them and I think it bodes well for hope for all of us."

Oprah also opened up about her newly formed friendship with Meghan's mom, Doria Ragland, and addressed reports that she was trying to bribe her for an interview. "The story was that Meghan's mom had come to my house and she left laden with gifts," Oprah said. "You know what the gifts were? First of all, she's great at yoga, so I said, 'Bring your yoga mat and your sneaks in case we just want to do yoga on the lawn.' So one of the bags was a yoga mat and the other was lunch. She said, 'I love kumquats,' and I said, 'I have a kumquat tree! You want some kumquats?' So it was a basket of kumquats, people. If kumquats can get you an interview, I'm all for it!"

OK, so now how do we score an invite to Oprah's house?