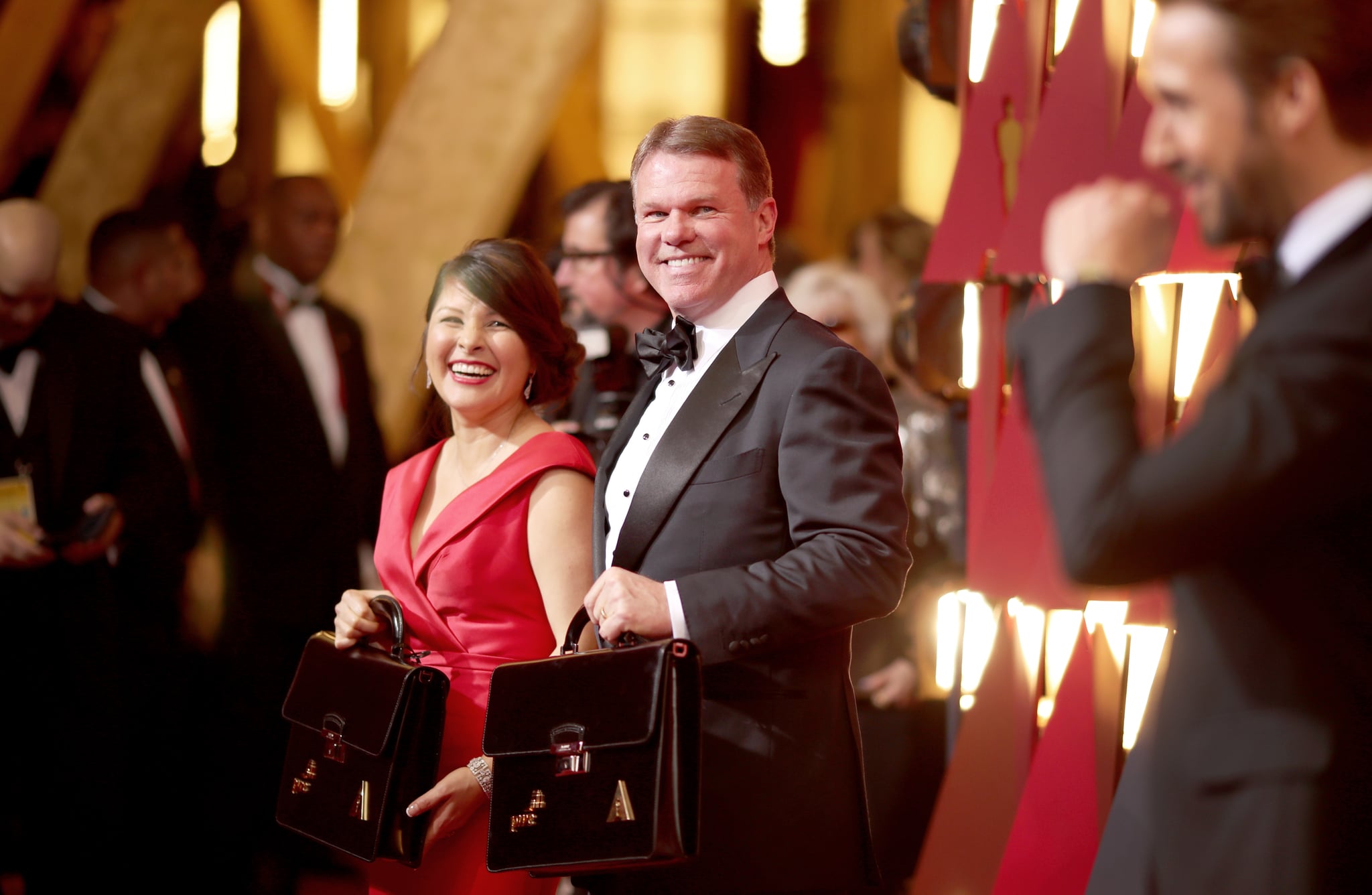 The 89th Academy Awards seemed to be going pretty smoothly (for the most part), until the final Oscar statue of the night was supposed to be handed out for best picture. Bonnie and Clyde costars Warren Beatty and Faye Dunaway stepped onstage to present the big award, and as soon as Beatty opened the envelope and saw the name inside ("Emma Stone, La La Land"), it was clear that he was confused about something, and looked at Dunaway for help. Annoyed that he wasn't announcing the winner, she took it upon herself to do it for him, telling the audience La La Land had won. The musical's production team took the stage and began their acceptance speeches, before La La Land producer Jordan Horowitz informed everyone that there had been a mistake with the envelopes; Moonlight was the true winner.

Since that shocking moment, no one has been able to stop talking about the mistake, which has resulted in major repercussions for the two people at the heart of the drama: Brian Cullinan and Martha Ruiz, two accountants for the PricewaterhouseCoopers firm, which has handled tallying up and protecting the top secret list of winners for decades. PwC dispatches two of their trusted accountants to the big show each year, where they stand in opposite stage wings and are responsible for handing each set of presenters the appropriate winners envelopes before they walk out to the microphone. Let's review how this mistake even happened, and what's gone down since: