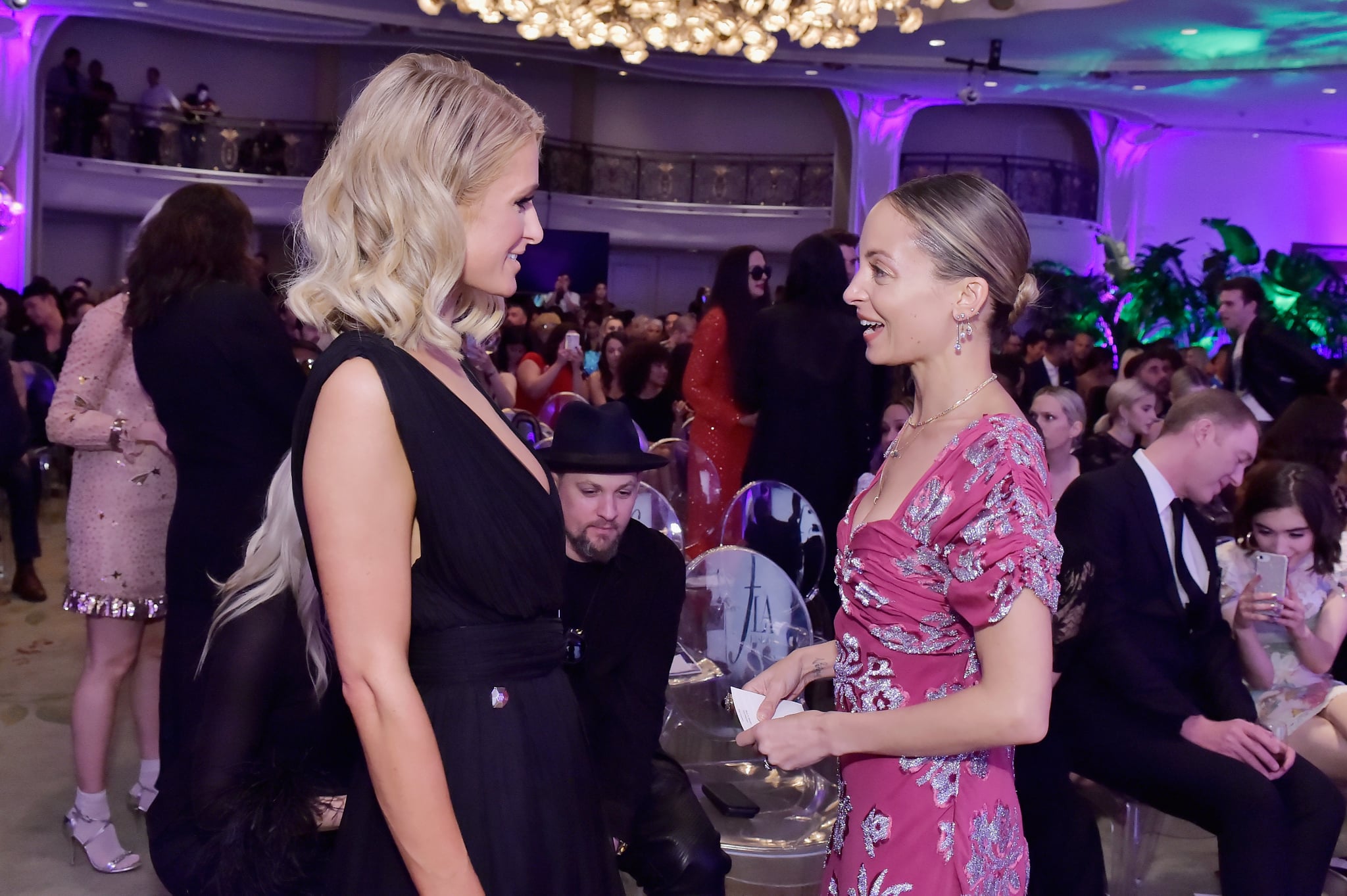 Over a decade since The Simple Life ended, Paris Hilton and Nicole Richie had a heartwarming reunion at The Daily Front Row's Fashion Los Angeles Awards on April 8. Though the two aren't as inseparable as they used to be, the stars appeared to share a sweet exchange at the annual event. Paris was in attendance to present the award for Fashion Rebel, while Nicole presented the award for Best Design Debut.

Paris and Nicole's high-profile friendship did hit a roadblock following the success of their reality show. However, they've reportedly reconciled in recent years. In 2014, Nicole opened up about the friendship in an interview with Andy Cohen. Though she implied that Paris wasn't a "true friend" to her during a particularly difficult time, Nicole also said, "The short answer to this is, I haven't spoken to her in a while, but we are very good friends. I love her and I love her family. I have a lot of respect for her."