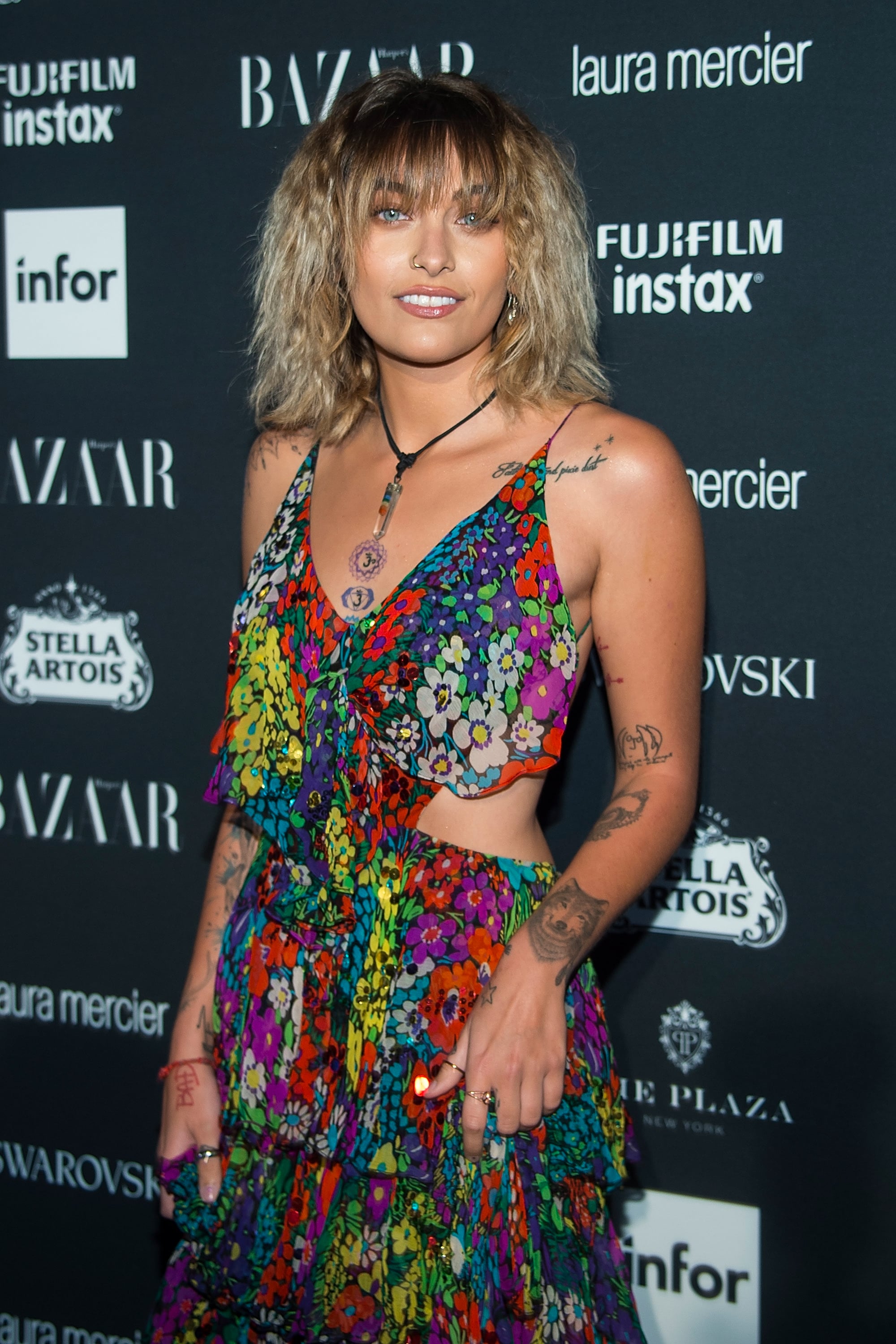 Paris Jackson lost her father, Michael, when she was just 11 years old, and in the eight years since his passing, the now-19-year-old has honored him in so many special ways. With "Applehead" tattoos, a sweet friendship with godfather Macaulay Culkin, and so much more, Paris is carrying on her father's legacy forever. But thanks to a recent video on Instagram, we're learning that she also inherited her father's talent, because she has his incredible voice!

Over the weekend, Paris took the stage at Soho House in West Hollywood to join her cousin, Austin Brown (Rebbie Jackson's son), as he performed his new song "Smile." The two switched off singing lines from the song while Austin strummed along on the guitar, and Paris's voice, especially its similar tone to Michael's, will give you chills.

Earlier this year, Paris starred in a music video and made her big modeling debut, and now she's stunning us with her voice. Is there anything she can't do?! Watch the video below and see just how talented she is.

Nothing better than when your little cousin knows the words to your record "Smile" and wants to sing it with you. Love u so much @parisjackson thanks to everyone who came out to watch @mannythedrummer and I rock out. ✌🏿