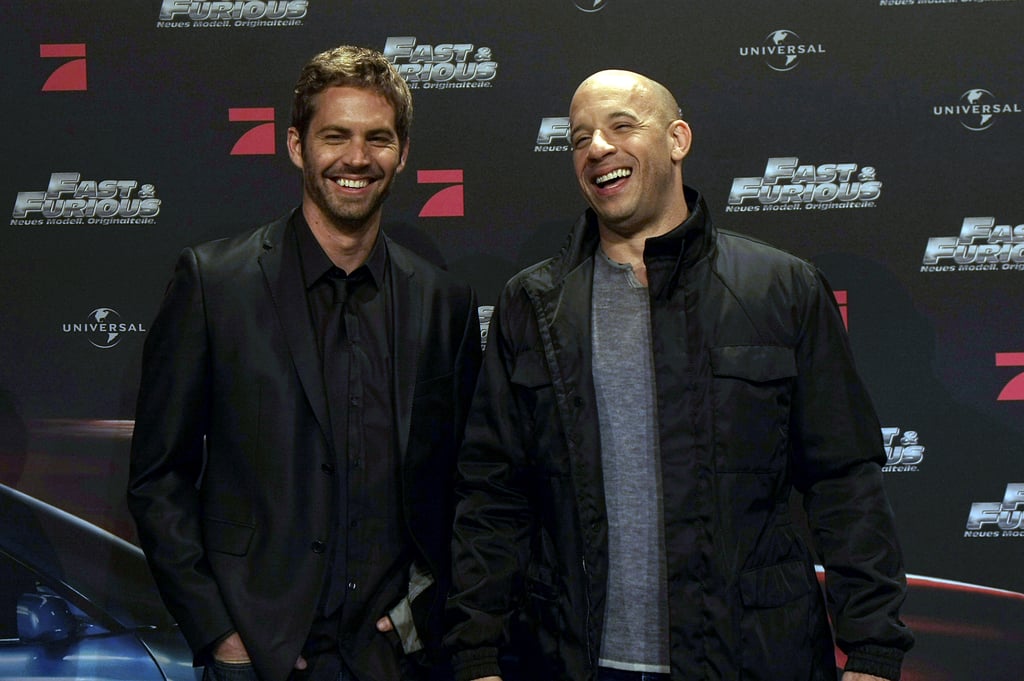 Paul Walker was only 40 years old when he tragically died in a car crash in November 2013, but his legacy is being carried on by his family and friends. One of those friends is his Fast and Furious costar Vin Diesel, who often pays tribute to him at public events and on social media. Paul and Vin first met during a read-through for the first installment of the Fast and Furious franchise and quickly developed a friendship. In fact, Vin says Paul was like a brother to him and he even named one of his daughters after Paul. Today, we're honoring Paul by taking a look back at his best moments with Vin.