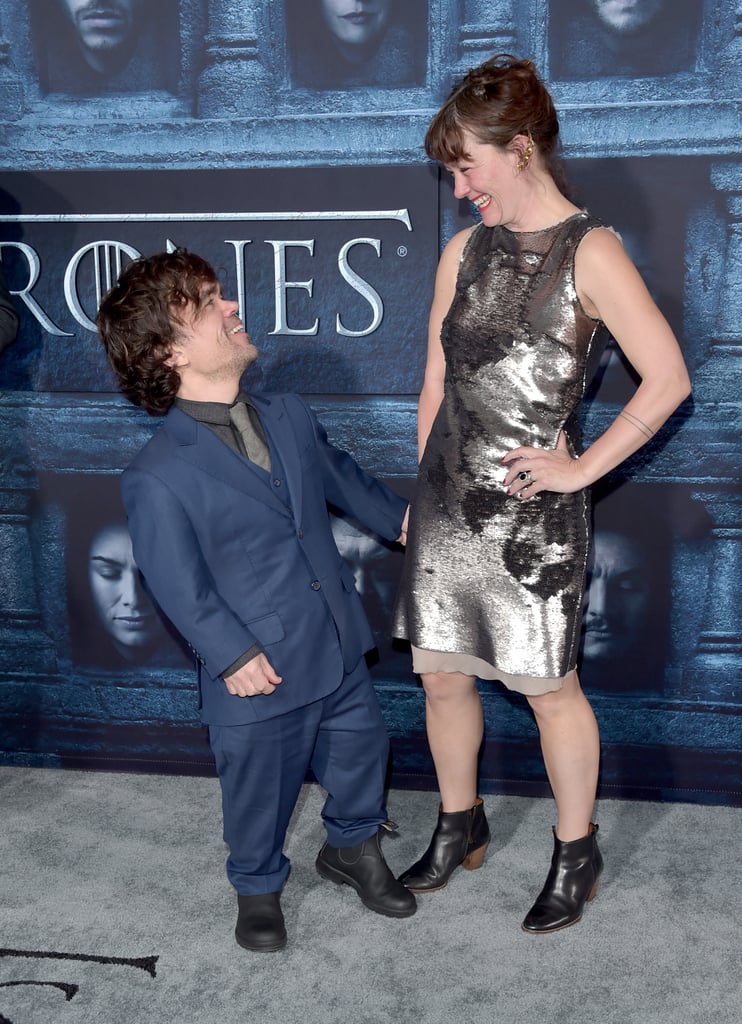 Peter Dinklage is well-known for his role on Game of Thrones, but in real life, he's a loving husband and father. In 2005, the actor married theater director Erica Schmidt, and they welcomed their first child, a daughter whose name has not yet been revealed, in 2011. While the two are usually pretty reserved about their romance (and their family life), they have been known to show sweet PDA from time to time on the red carpet. Whether they're giving each other heart eyes at the Game of Thrones premiere or they're supporting each other at the Emmy Awards, it's clear these two have a lot of love for each other. As they get ready to welcome their second child, see some of their best appearances over the years.