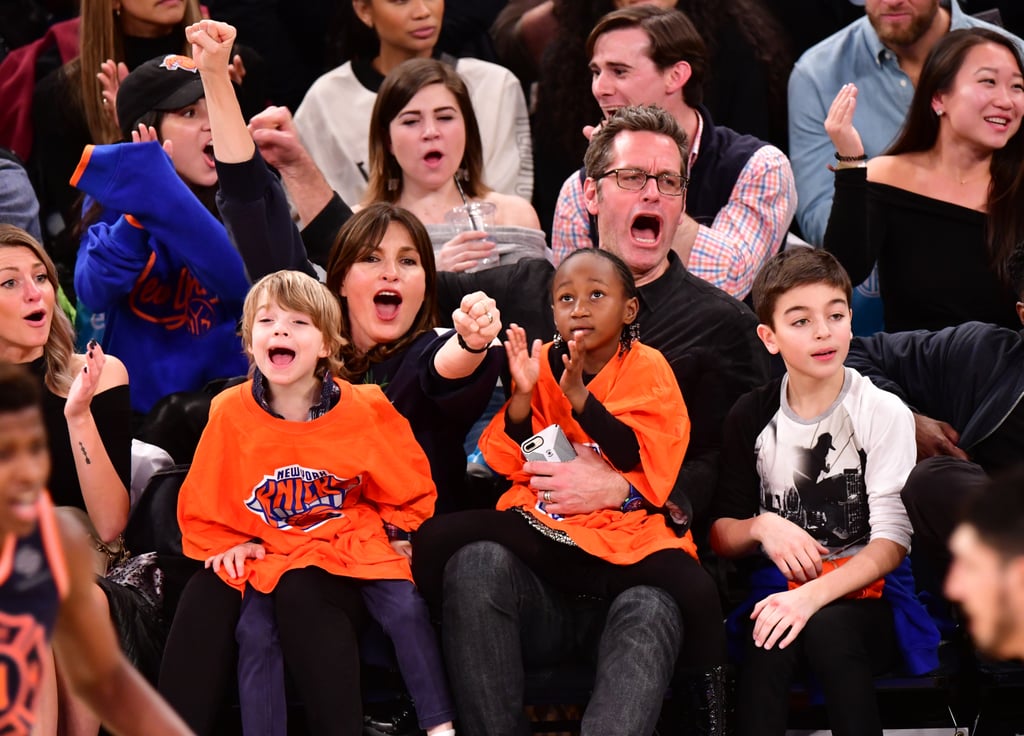 Peter Hermann and Mariska Hargitay took their three beautiful children — 11-year-old son August, 6-year-old son Andrew, and 6-year-old daughter Amaya — to watch the New York Knicks take on the Boston Celtics at NYC's Madison Square Garden on Feb. 24, and we're still not over this adorable outing. Not only did the family show off their team spirit as they collectively cheered from the sidelines, but Andrew and Amaya were as cute as can be in their oversize matching Knicks t-shirts.

Peter and Mariska have a lot to celebrate lately; Peter is gearing up for the March 13 release of his children's book, If the S in Moose Comes Loose, while Mariska's new documentary, I Am Evidence, premieres on HBO on April 16. The longtime couple will also be ringing in their 14-year wedding anniversary on Aug. 28.