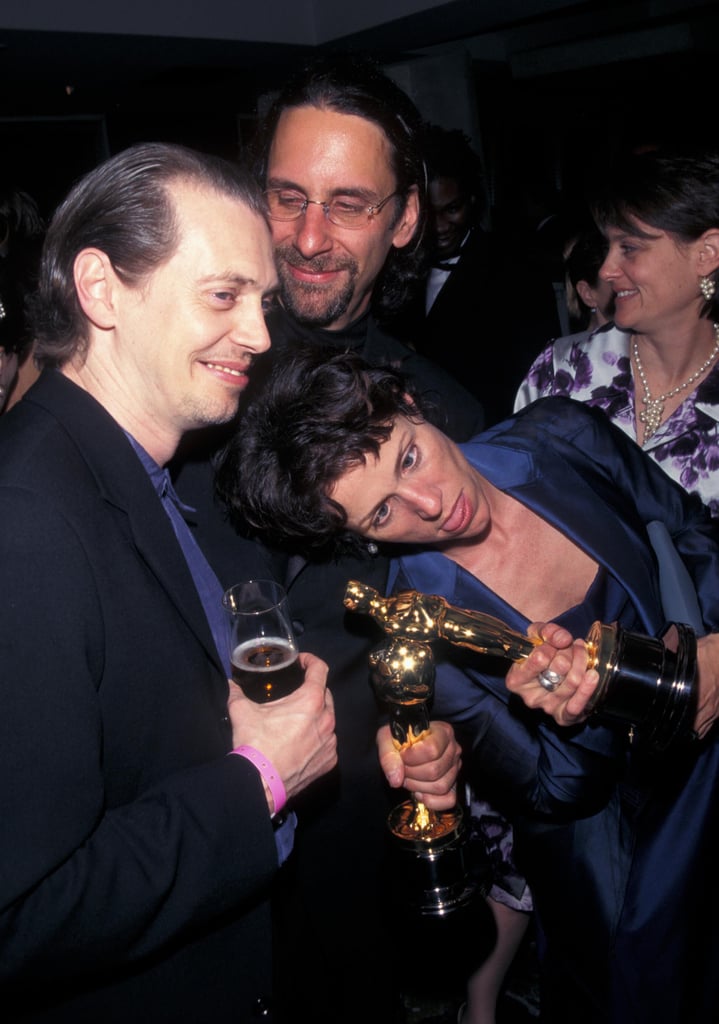 Frances McDormand Got Silly With Joel Coen and Steve Buscemi

The Academy Awards will go down at end of February, likely providing us with a gorgeous collection of red carpet gowns, plenty of PDA-friendly couples, and some truly spectacular moments. It will be the 89th iteration of the annual award show, and although they're sure to be great, we have a feeling it'll be hard to top what happened at the Oscars 20 years ago. That's right — the red carpet at the 1997 Oscars was, as the kids say, f*cking lit. The dress code included crop-tops, t-shirts, and velvet capes, and couples who seem bizarre to us now were getting cozy all over the place. 2017's show might have Ryan Gosling, but the one in 1997 had someone legitimately dressed as the Oscar statue. There's no coming back from that.