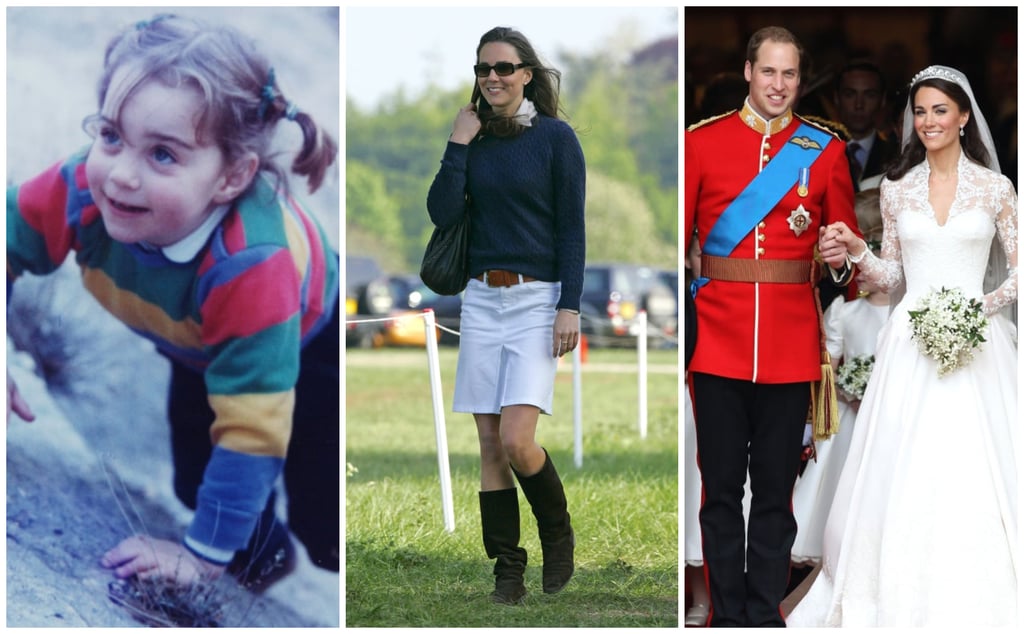 Before Kate Middleton married Prince William, she was just a regular girl from Berkshire, England. The Duchess of Cambridge was born on Jan. 9, 1982, to parents Michael and Carole Middleton, and had a pretty normal upbringing. When Kate was only 2, her family moved to Amman, Jordan, for a few years as her father worked for British Airways, but she eventually returned to her hometown to study at various private schools, including St. Andrew's Prep School, Downe House, and Marlborough College. It wasn't until Kate attended the University of St. Andrews in 2001 that her whole world changed when she met William.

After living in the same residence hall during their first year, the two developed a close friendship and eventually started dating in 2003. Though their relationship had a few rocky moments, including their brief breakup in 2007, they eventually tied the knot in April 2011. Since becoming a member of the royal family, Kate's life has changed dramatically. Now, she's a mother of three kids, a patron of several royal charities, and the future queen of the UK. See her life before she became a royal in pictures ahead.