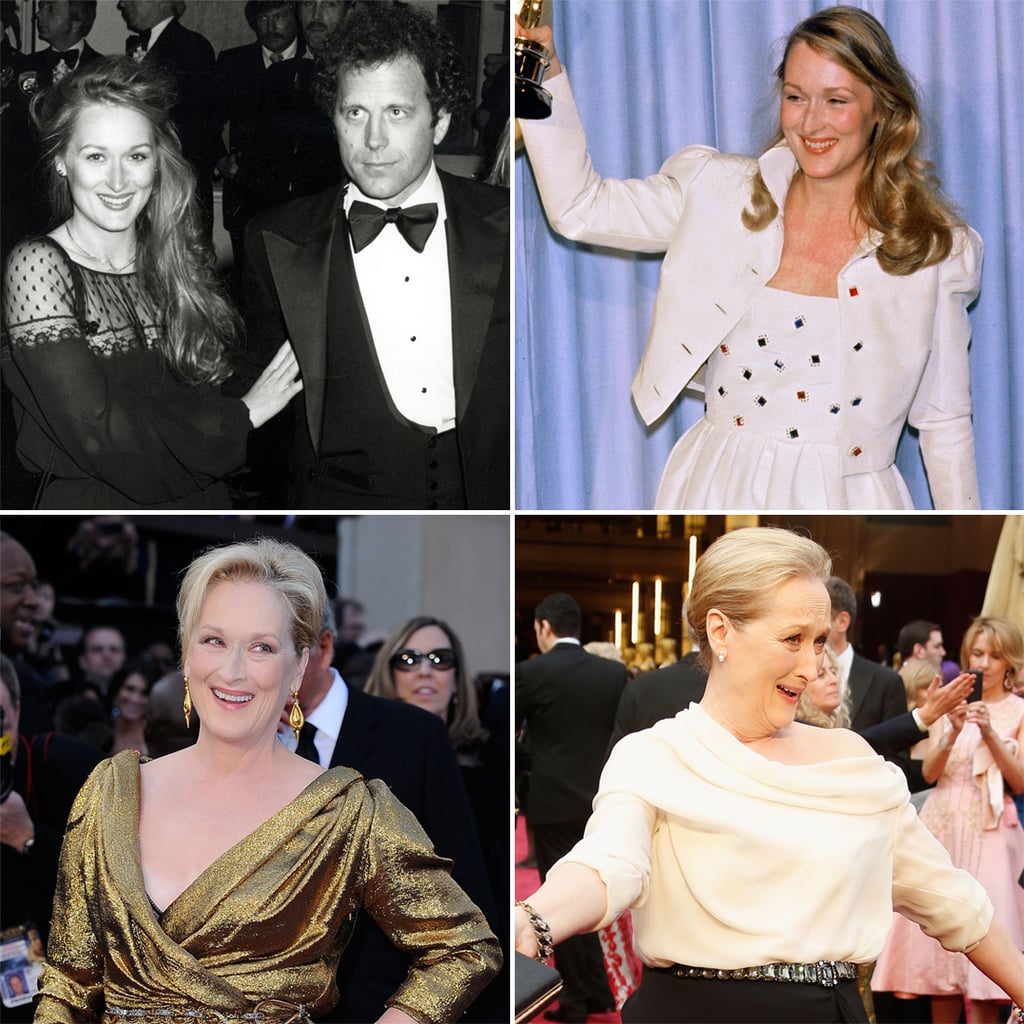 Meryl Streep continued her reign as queen of the Oscars on Tuesday when she received her 20th nomination for her role in this year's Florence Foster Jenkins. Meryl, who has taken home three golden statues, first attended the Academy Awards in 1979 and has been a veritable staple at the ceremony ever since. Even when she's not being celebrated for a performance, Meryl still manages to steal the show, whether she's wearing a showstopping outfit or snapping an unforgettable group selfie with her fellow A-listers. Keep reading to see a retrospective of Meryl's memorable Academy Awards appearances over the years, and be sure to check out sweet photos of her and her longtime love, husband Don Gummer.