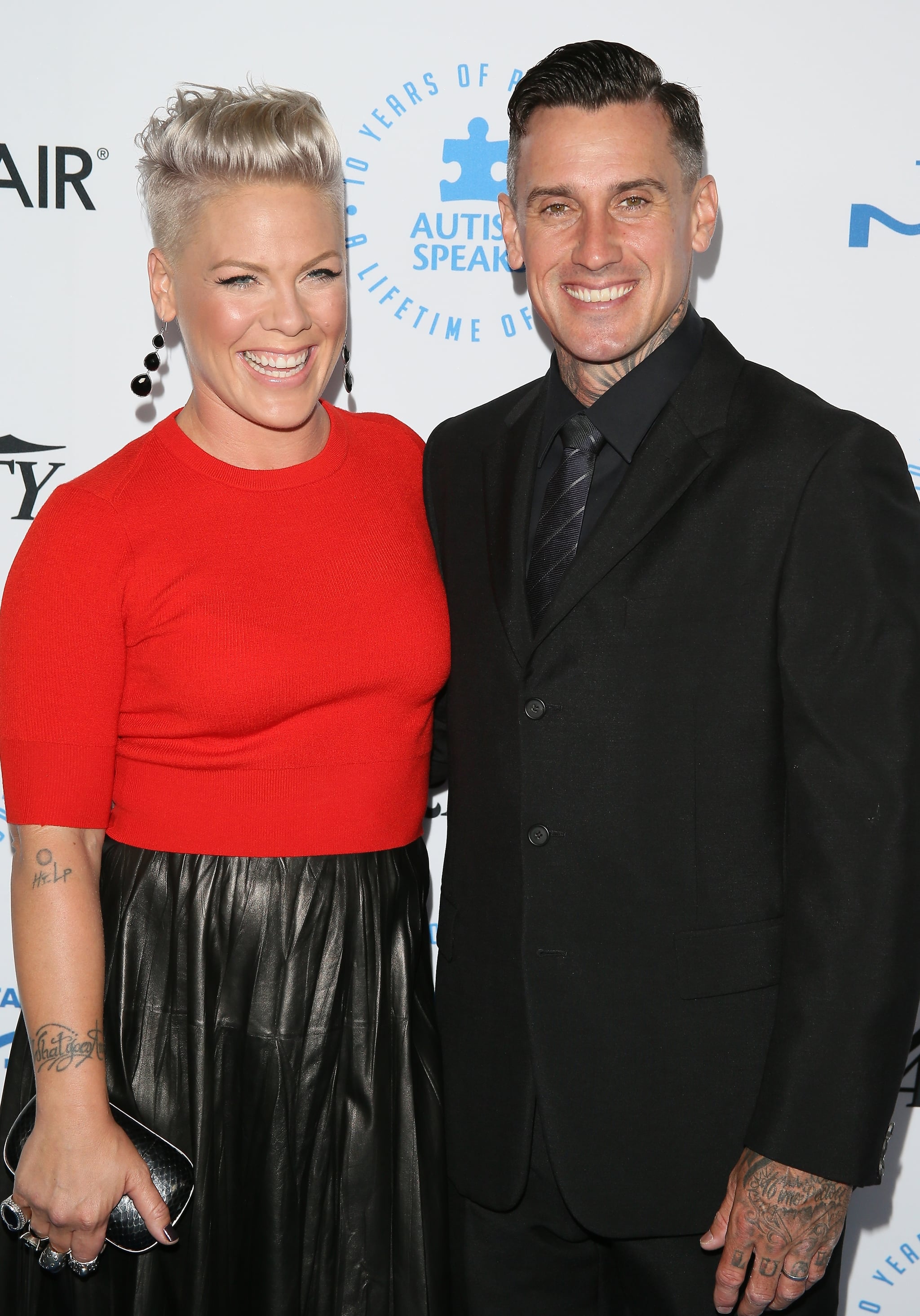 Pink and Carey Hart have been one of our favorite badass couples for more than 16 years now. Despite their sometimes rocky past (they briefly separated in 2008 and have been vocal about taking "breaks" from each other), they always work it out and come back together. And with their adorable kids, daughter Willow and son Jameson, in the mix, the foursome just melt our hearts all the damn time. But Pink, being the unapologetically honest person who we know and love, also admits that nothing is ever perfect. The "What About Us" singer opened up about her romance with Carey while attending her husband's Good Ride Rally benefiting the Infinite Hero Foundation in Las Vegas on Thursday.

"I just try to laugh as much as possible," she said about riding the roller coaster of marriage. "And we go through moments where he's helping me off the ledge and telling me things that only he could tell me because he's known me that long. And then the next day I want to stab him with a fork. And honestly I look at him and I think, 'I've never liked you at all, there's nothing I like about you, I've never liked you, I'll never like you again.' And then five minutes later I'm like, 'You look really good in those jeans.' Being with the same person for a really long time — we're going on 16, 17 years now and we've grown up together — and it's work. But it's beautiful, it's worth it, otherwise we wouldn't do it.'" Ugh, love these two so much.