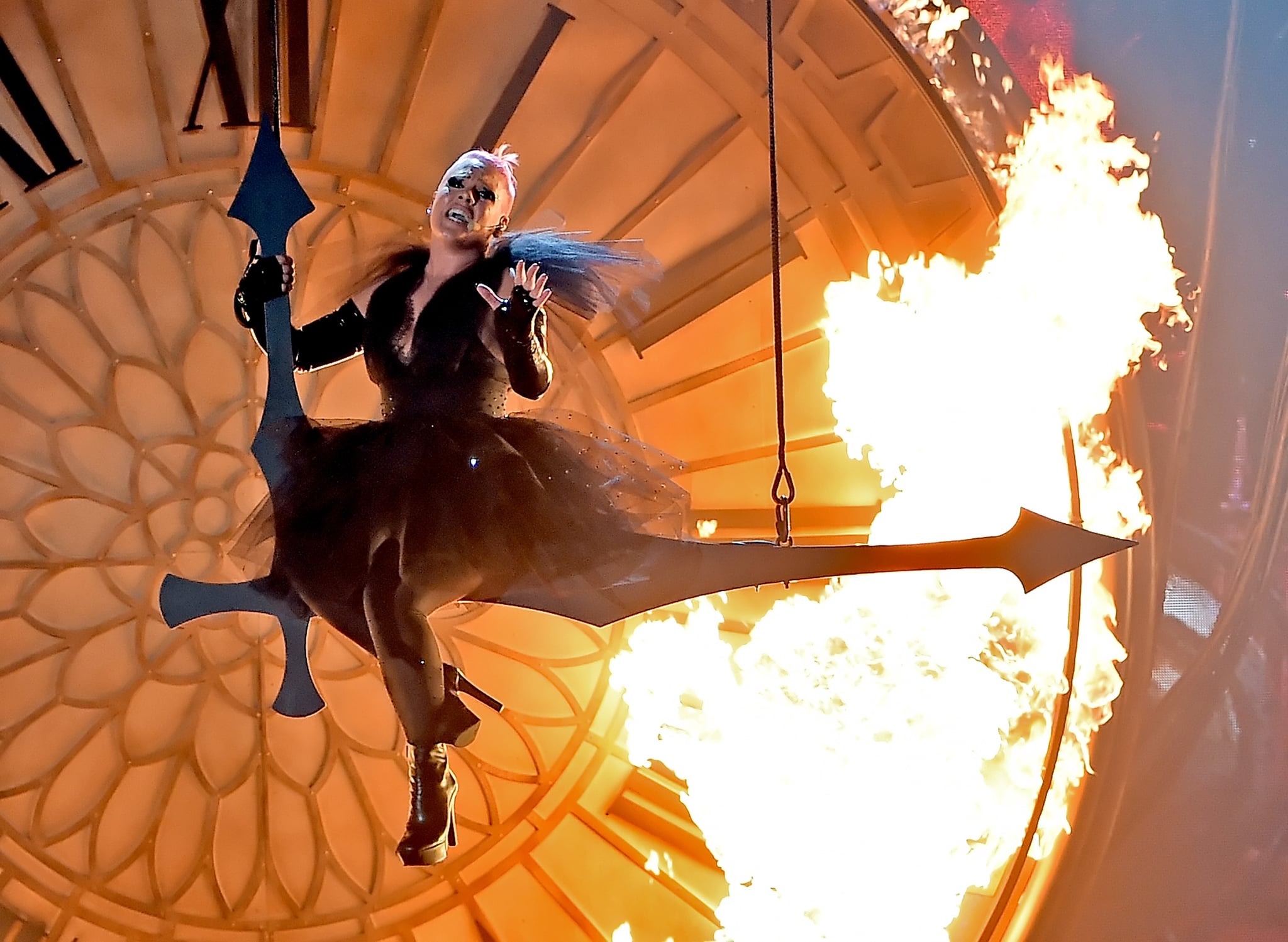 Lady Gaga put on an amazing Super Bowl halftime show on Sunday, but the performance hasn't been without its fair share of haters. While some monsters took to social media to pick apart Gaga's body, others were quick to compare her opening — during which she flew through the air while attached to a harness — to Pink, who has frequently floated and flipped through the air during her own stage performances. Twitter users speculated that Pink would be angry about Lady Gaga "stealing" her aerial moves, even going so far as to assert that Pink's "career is over" now that Gaga decided to swing through the sky (something she's already done a few times during her career, but what do facts matter?).

On Monday, Pink responded to the chatter via Instagram in her usual badass way.