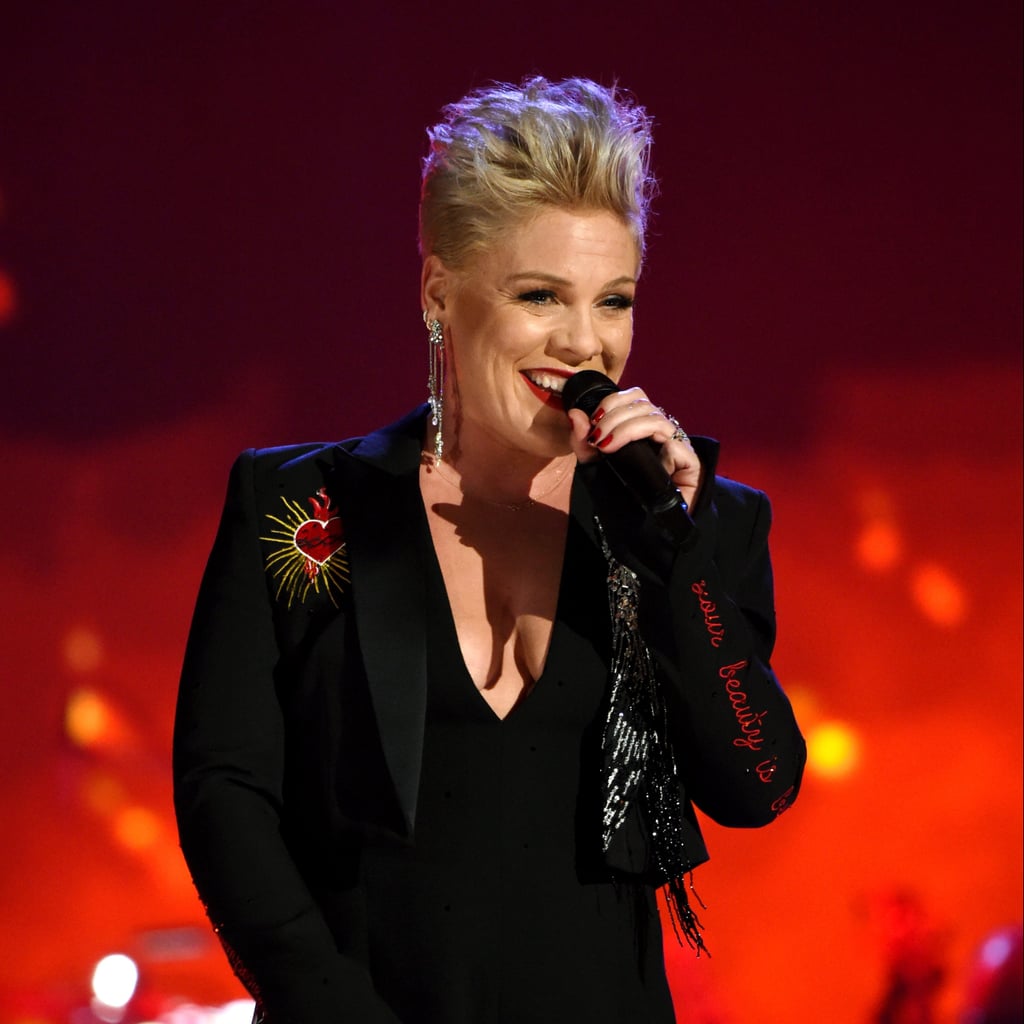 Pink Makes Dolly Parton Proud With a Strong Rendition of "Jolene," and We Can't Get Over It

On Feb. 8, some of music's biggest stars honored country icon Dolly Parton at the MusiCares Person of the Year gala in Los Angeles. And the very first performance of the night was given by none other than Pink. The 39-year-old singer — who recently received a star on the Hollywood Walk of Fame — stepped out and amazed the audience with a powerful rendition of Parton's 1973 hit "Jolene." TBH, we still have goosebumps from listening to it.

On Instagram, Pink also shared a black-and-white photo of her rocking a jacket with Parton's face on it. "Dolly," she simply captioned the post. The night featured other compelling performances from Miley Cyrus and Shawn Mendes — who beautifully sang Parton and Kenny Roger's 1983 song "Islands in the Stream" — as well as Kacey Musgraves and Katy Perry — who belted 1977's "Here You Come Again."

Watch Pink's "Jolene" tribute ahead, then view more photos from her incredible performance!