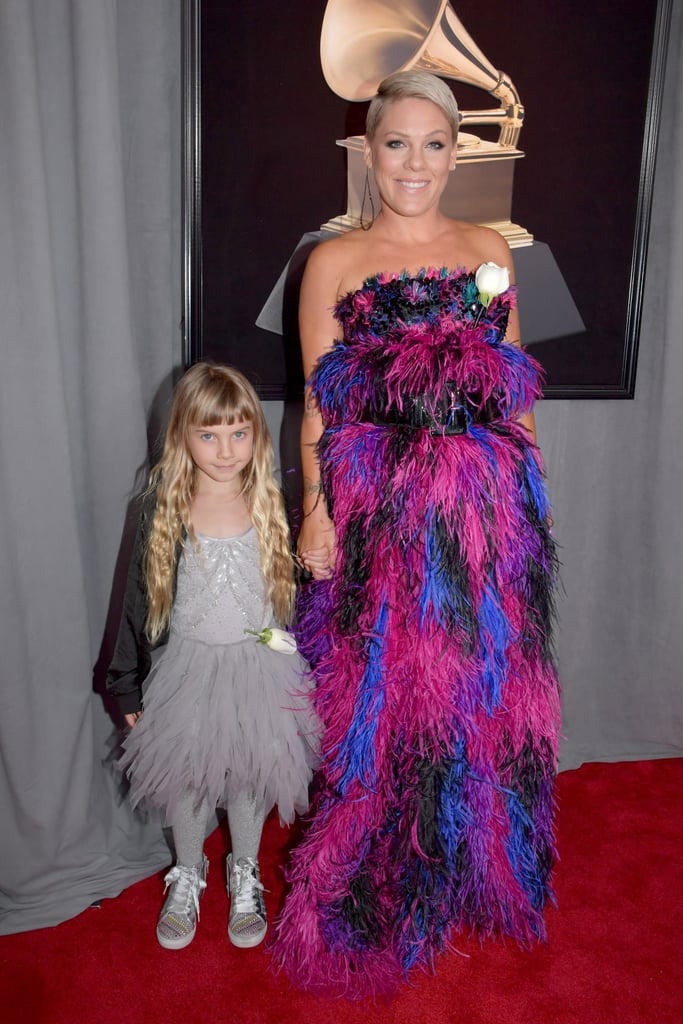 Pink's 6-Year-Old Daughter Willow Is Becoming Her Go-to Red Carpet Date, and We Love It

Pink and her daughter, 6-year-old Willow Hart, showed up to the 60th Annual Grammy Awards red carpet looking chic as ever in fluffy feathered ensembles — Pink's a multicolored, belted feathered dress, and Willow's a gray dress with a feathered skirt. Although this is arguably the most fabulous the pair's ever looked, this isn't the first time the singer and her daughter have made an appearance on a red carpet together. The duo showed up all suited up with Carey Hart in tow at the 2017 MTV VMAs (Pink dedicating her speech for the Michael Jackson Video Vanguard Award to Willow that night) and at the 2017 CMA Awards looking like fairy-tale princesses.

Pink, whose latest album, Beautiful Trauma, was released in October, is nominated for best pop performance, and the singer is set to perform later in the night. Read on to see more adorable photos of Pink and Willow at the Grammys!