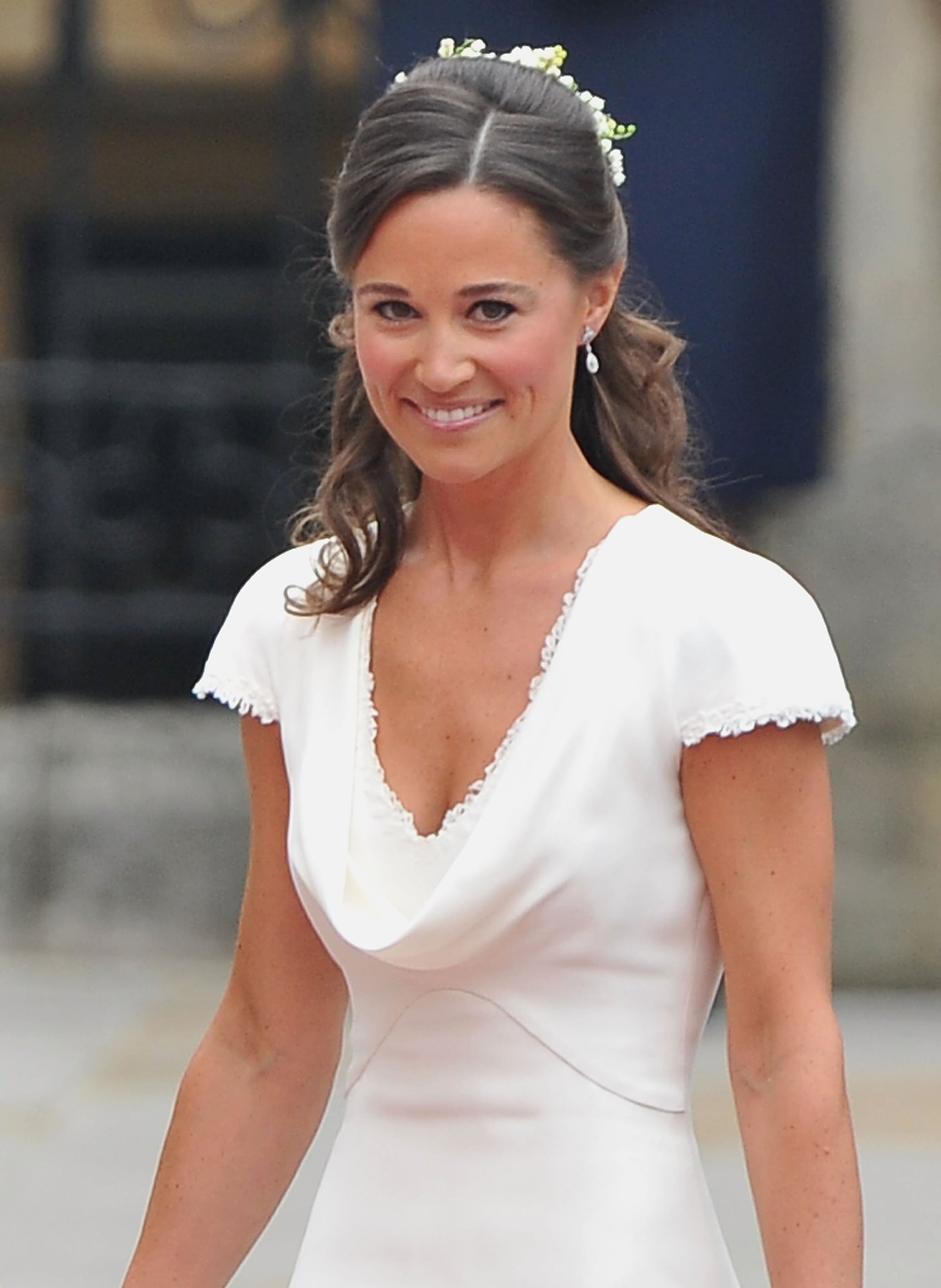 Pippa Middleton may not technically be a royal, but all eyes will certainly be on her when she ties the knot with fiancé James Matthews on Saturday, May 20, 2017. Us Weekly confirmed this week that Kate Middleton's younger sister will wed her longtime love at the St Mark's Englefield in Berkshire, UK, and that the couple has already sent their save the dates. After walking down the aisle in the historic church, wedding guests will head to Carole and Michael Middleton's home in Bucklebury for a garden reception. Pippa got engaged to the hedge fund manager — whom she's dated on and off since 2012 — back in July, and was soon seen beaming on the streets of London while showing off her stunning ring.

Many of us were first introduced to the 33-year-old event planner at Kate and Prince William's royal wedding in 2011; Pippa made headlines for her maid of honor gig, and it wasn't long before the public took interest in her life and sweet relationship with Kate. While Kate has reportedly decided to opt out as a member of Pippa's wedding party (she doesn't want to "upstage her sister"), we're sure she'll still have some hand in the big day, as royal author Judy Wade added, "Kate would want to be in the background as much as possible."