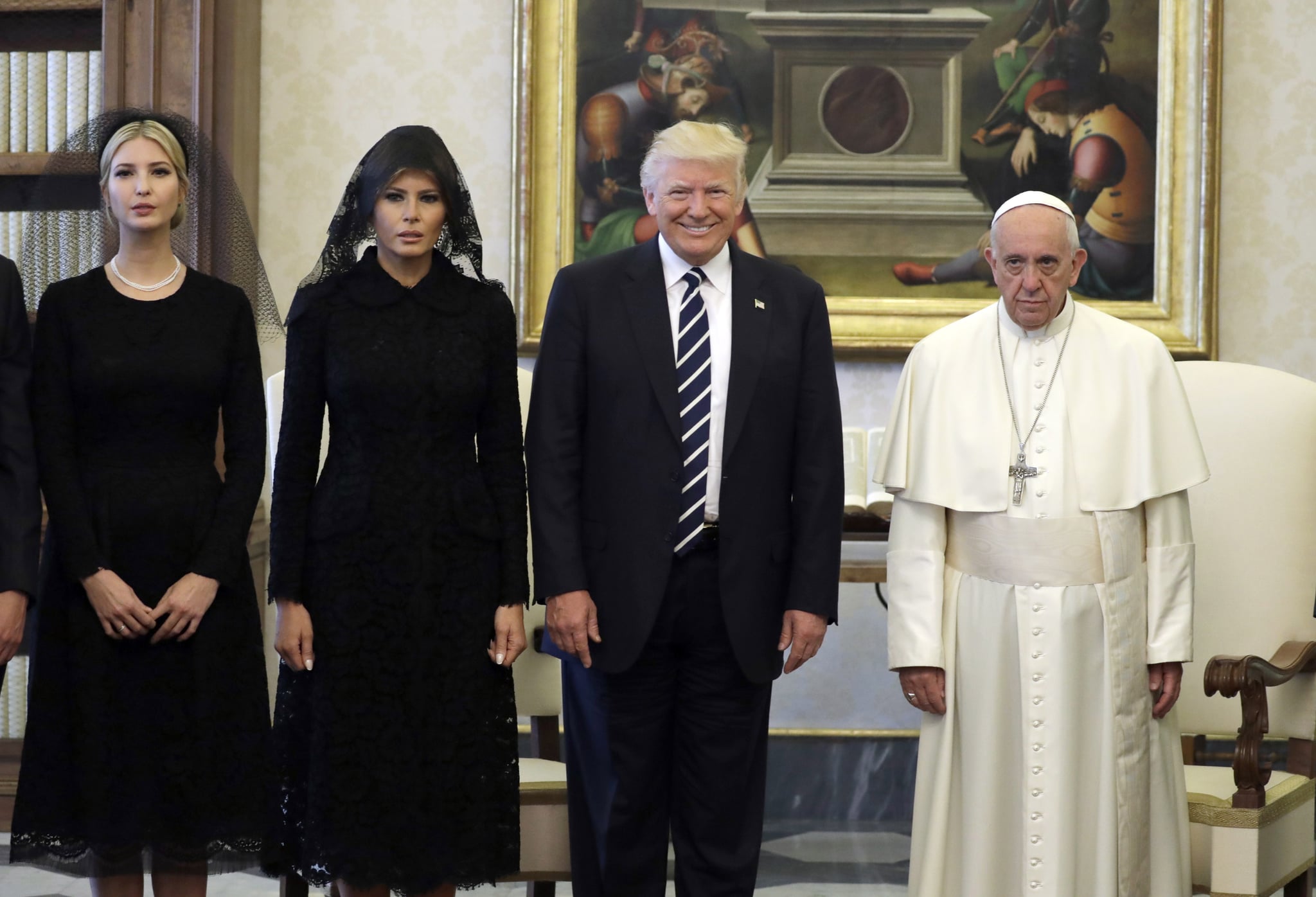 President Donald Trump, who once compared himself to Pope Francis, finally met the leader of the Catholic Church on May 24. Their meeting was short, lasting only 30 minutes, and it looks like Pope Francis had quite possibly the worst time of his life — at least based on the look on his face in a photo. The internet quickly noticed and turned it into a meme.

While Trump called the meeting "fantastic," many online spectators have assumed the pope felt otherwise, since he's not smiling in the photo above. And in case you're thinking this was simply a bad photo, a video of their meeting also shows the pope not looking too happy.

That face expression from the pope says everything ​@POTUS @Pontifex #Trump #PopeFrancis pic.twitter.com/CRPzX1s69k

The internet tried to understand what was going on in the pope's mind.

POPE: Yep that's me. You're probably wondering how I ended up in this situation. pic.twitter.com/7RB3z2ByKL

Trump and Pope leaving room for the Holy Spirit pic.twitter.com/L66UtFChEw

tag yourself I'm The Pope pic.twitter.com/82YsXNLU2I

Others made fun of everyone else's faces.

They're creepy and they're kooky
Mysterious and spooky
They're altogether loony
The Trump Family#pope francis pic.twitter.com/1zQA7o3uIC

Some understood why Trump's smile was so large.

[that feeling when you've just been given an 2016 electoral college map but didn't ask for one] pic.twitter.com/1O2R8eWynD

Former White House photographer Pete Souza also noticed how unhappy the pope looked and shared a photo of him in happier times.

The pope hasn't always been a fan of Trump, as he previously critiqued his plan to build a wall in February 2016. "A person who thinks only about building walls, wherever they may be, and not building bridges, is not Christian," Pope Francis said.