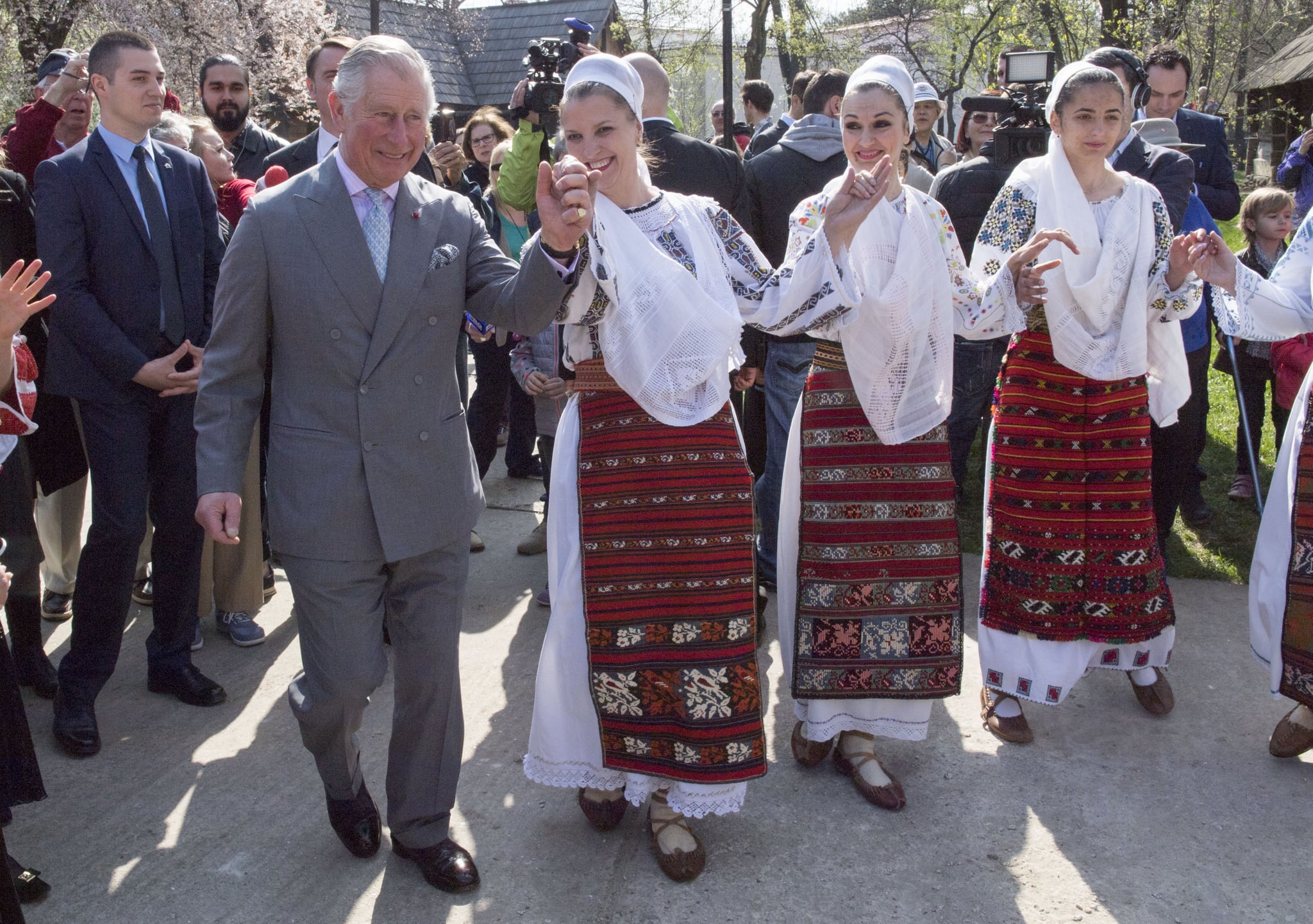 Prince Charles may be a well-behaved royal, but he also isn't afraid to bust out some moves once in a while. After landing in Romania on Thursday for a day-long visit, Charles wasted no time in getting to know the local people and culture. The British royal, whose visit kicks off a European tour with stops in Italy, Vatican City, and Austria, did a traditional dance with the Burnasul ensemble while spending time in Bucharest. A video of the fun moment was posted on Twitter, and you're definitely going to want to watch it. And of course, this isn't the first time a royal has let their hair down. Everyone from Prince Harry to Kate Middleton has been known to give into the rhythm from time to time.

The Prince of Wales dances with the Burnasul ensemble during his visit to Bucharest pic.twitter.com/BgPMwSZMLU