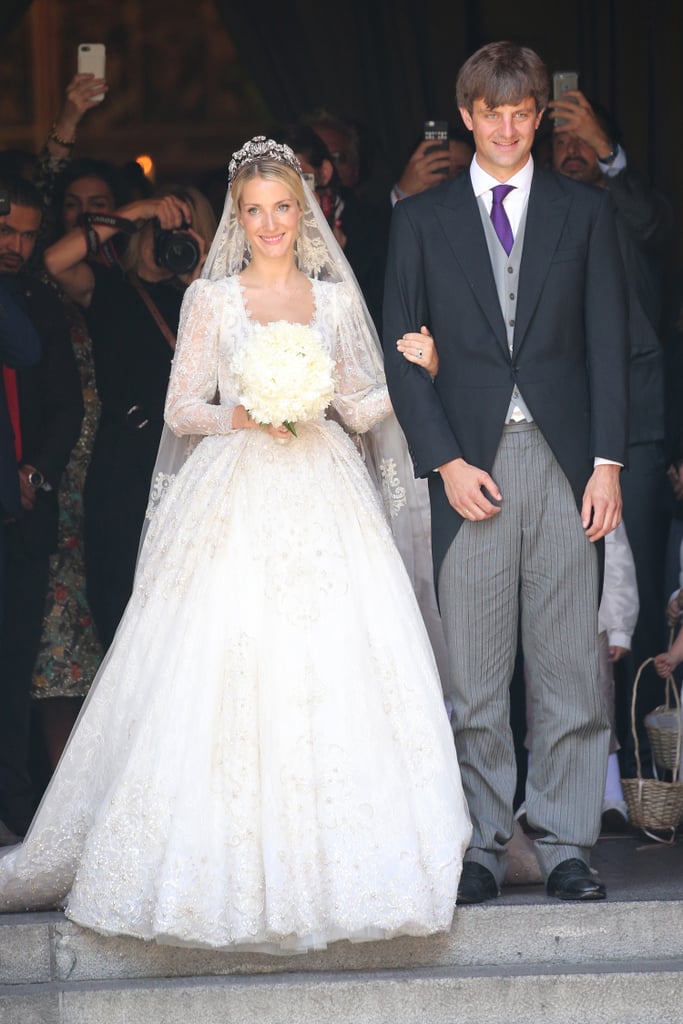 Prince Ernst-August Jr. of Hanover married fashion designer Ekaterina Malysheva, but it's not their lavish royal wedding that caused headlines. After tying the knot during a civil service, the pair, who had been together for eight years, pulled out all the stops for a religious ceremony in the Market Church. While the event brought out 600 guests and a sizable crowd waiting outside, there was one notable face missing: the royal's father, Prince Ernst-August. Following his recent public opposition of the marriage, the prince, whose wife is Grace Kelly and Prince Rainier III's eldest daughter, Caroline, opted to skip.

During an interview with German newspaper Handelsblatt, Prince Ernst-August revealed that his disapproval of his son's Russian-born, Czech-raised bride stems from his desire to retrieve castles and family property that were deeded to his son between 2004 and 2006. "The decision was not easy for me because it concerns my son," he said. "But I am constrained to preserve the interests of the House of Hanover and the property, including cultural property, which has been its property for centuries. I continue to hope that my son will eventually think of the best interests of our family and yield. I am ready for discussion and reconciliation."

While Prince Ernst-August Jr.'s father and stepmother were not on hand for the event, his mother, Prince Ernst-August's ex-wife, Chantal Hochuli, did make an appearance along with some of Caroline's immediate family. See the pictures from the extravagant wedding ahead.