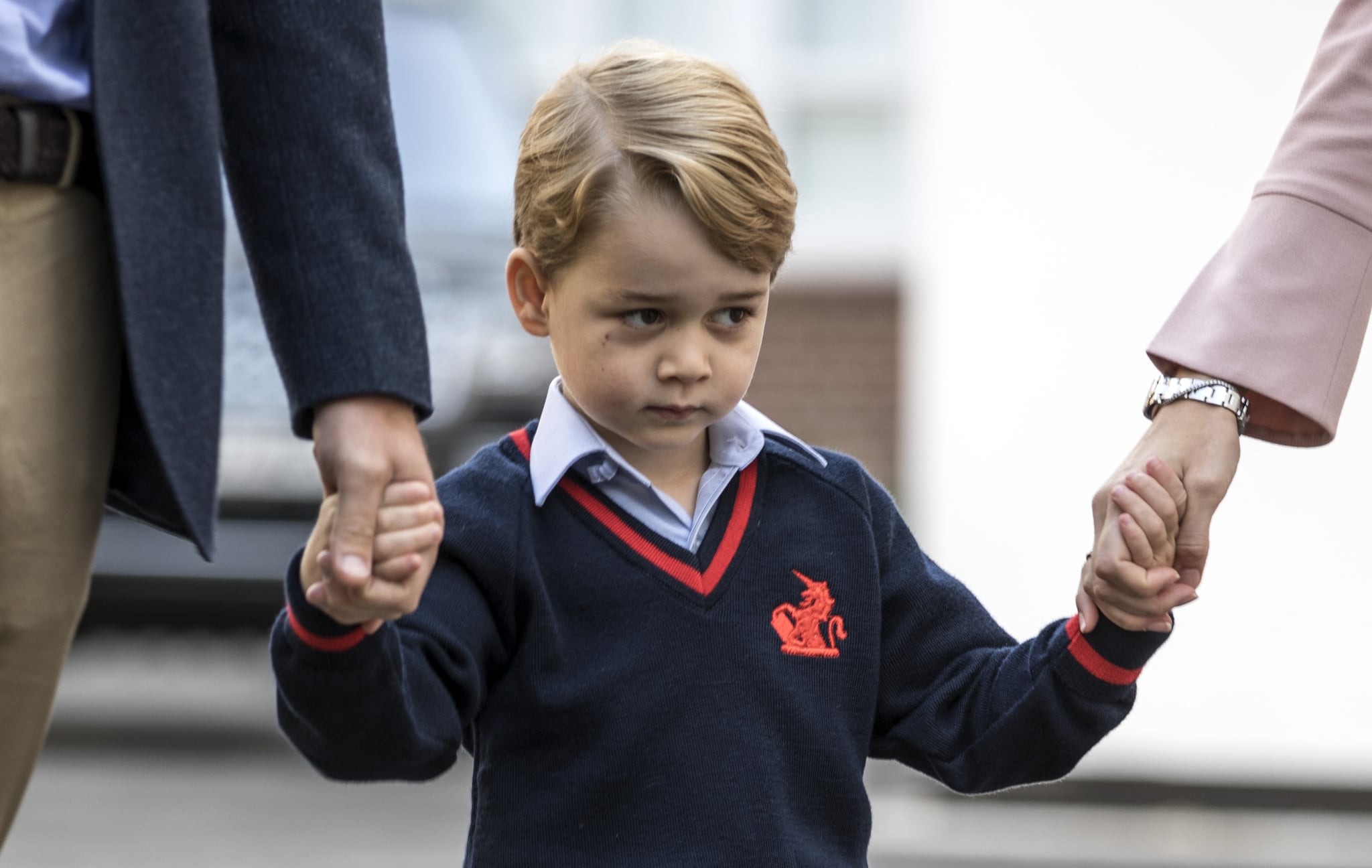 Prince George only started at Thomas's Battersea school a few weeks ago, but according to his dad, Prince William, the 4-year-old is already pretty over it. While at a royal engagement on Tuesday, William reportedly told mother-of-two Louise Smith, "I just dropped George off and he didn't want to go." The duke may have had an idea that the George would tire of it, as he made this remark after the first day of school on Sept. 7: "We are all seeing how long that lasts before he doesn't want to go." Maybe it's the strain of having another little sibling on the way?

Related:
The Unusual Reason Prince George Isn't Allowed to Have a Best Friend at School

Some advice for you, George: I can obviously see why you'd rather be at home, riding a pony around your living room, watching Peppa Pig, or shaking hands with former President Barack Obama while wearing a monogrammed bathrobe, but your education is really important. One day, you'll thank your parents for putting you in such a prestigious school and making you mingle with regular kids rather than being homeschooled by some stuffy baroness. As for now, just stay strong, Cambridge!