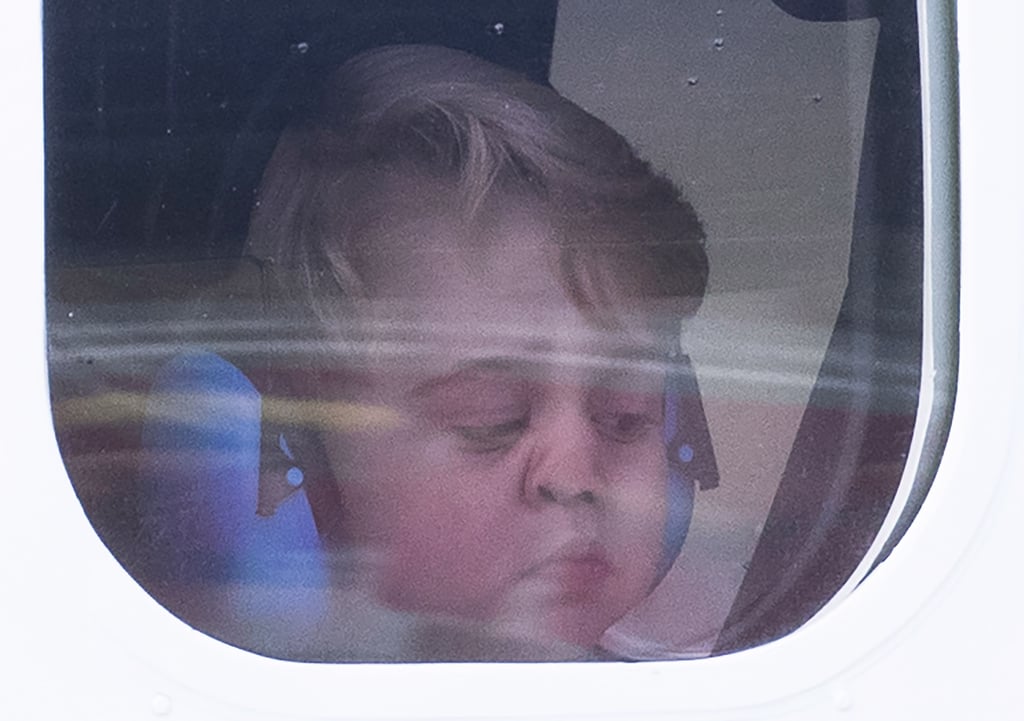 Here's Prince George Smushing His Face Up Against a Plane Window, LOL

Prince George left Canada on Saturday after an eight-day tour of the country with his family, parents Kate Middleton and Prince William, and baby sister Charlotte. And while the world was blessed with so many new cute moments of the royals, including Prince George playing with bubbles and Princess Charlotte smelling roses, it was his appearance on their last day that really takes the cake. After the family boarded a sea plane to Vancouver to catch their flight home, George, who is passionate about aviation, was spotted smushing his face up against the plane window while wearing protective headphones. In addition to trying to get a glimpse out of the window, George sat near his dad as William waved to the crowd one last time. We already know that George is a pro at making unimpressed faces, but his hilarious ones are our new favorite.