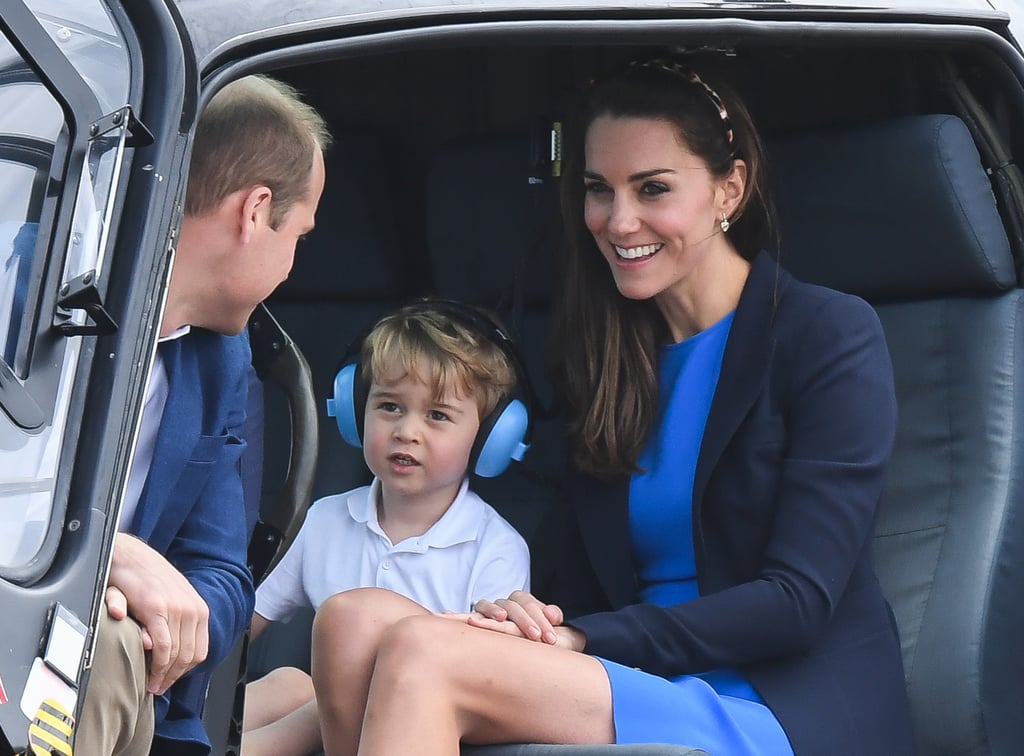 Prince George is getting so big! The adorable 2-year-old kept the royal family's fun Summer outings coming on Friday when he stopped by the Royal International Air Tattoo at RAF Fairford in Gloucestershire with his parents, Prince William and Kate Middleton. The family, who was sadly missing Princess Charlotte, took part in an event called "The Next Generation: Inspiring Innovation," which helps encourage young people to get involved in the aviation industry. And it looks like Prince George didn't need too much convincing. While touring the 247 aircrafts from 19 different countries, he looked overwhelmed and excited while sticking close by his parents' side. Wearing shorts, a polo, and protective headphones, George sat in a helicopter and a red arrow jet plane. He also made sure to show off his adorable personality by waving to the crowd and flashing a funny face for photographers.

The supercute outing is just the latest we've seen of George in recent months. In addition to melting just about everyone's hearts during the Trooping the Colour parade in London in June, the preschool student also casually met President Barack Obama in his pajamas in April. And we might be getting much more of the little one in the future, as he may be heading to Canada with his famous family. Keep reading for more of his latest outing, then check out his and Princess Charlotte's cutest pictures from 2016 — so far!.