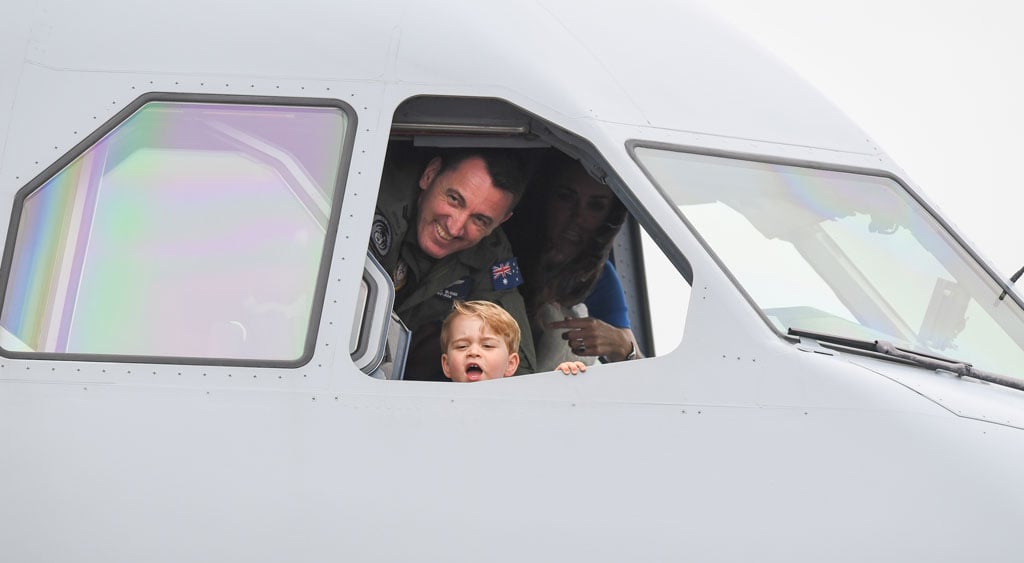 Prince George may only be three years old, but he's already determined to reach new heights. The adorable royal stopped by the Royal International Air Tattoo at RAF Fairford in Gloucestershire with his parents, Prince William and Kate Middleton, earlier this month, and he was definitely in his element. In addition to touring 247 aircrafts from 19 different countries during the visit, he also took the opportunity to "fly" one of the planes. Corporal Pete Blogg recently told People that Princess Charlotte's big brother was in awe of all the equipment, saying, "He thought the laptop we'd left out were the controls, and he was tapping away, pretending he was flying." George's colorful imagination proves that he's definitely turning into his dad's mini-me. Prince William has extensive experience in the aviation industry and is currently a helicopter ambulance pilot. So cute!