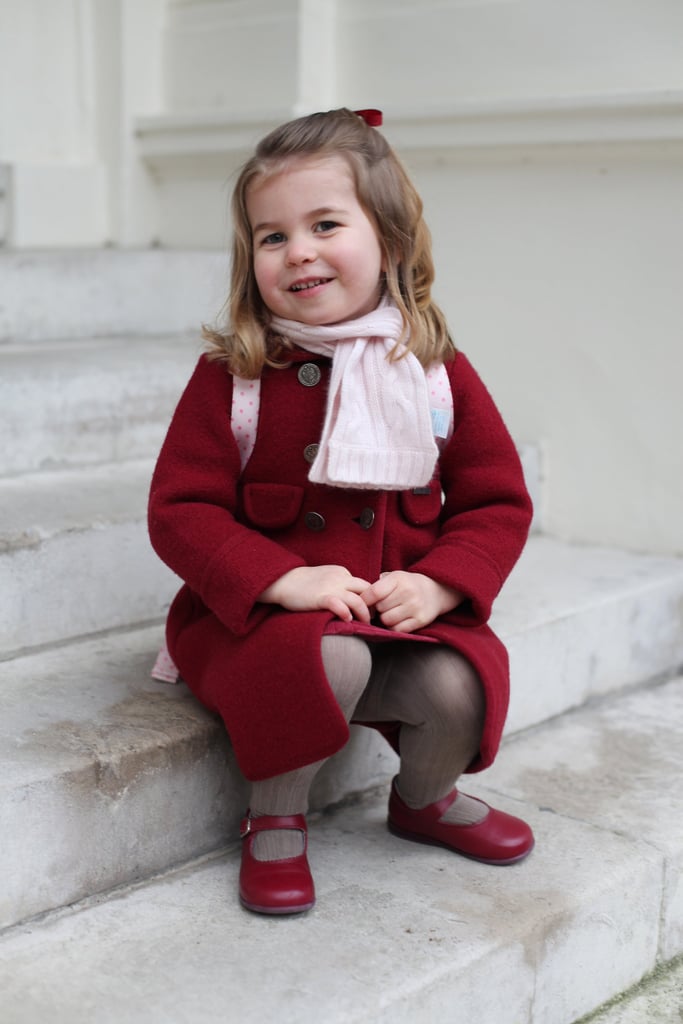 Princess Charlotte hit a major milestone on Monday: she attended her first day of school at Willcocks Nursery School. Kensington Palace released two adorable images of the 2-year-old heading off to school that same morning, and we were immediately reminded of when Prince George attended his first day of school at Westacre Montessori School back in 2016. Even though both occasions were equally adorable, we did notice a couple of differences.

For starters, Charlotte marked her big day in a red wool coat and a pink scarf, while George kept things a little more casual in a blue puffer coat and a matching backpack. The setting of the photos was also different; Charlotte posed for her portraits outside of Kensington Palace and George took his in front of a a mural outside of his school. Oh, and if the backdrop of Charlotte's photos looks familiar, that's because it's the same place where George posed with Prince William ahead of his first day at his new school, Thomas's Battersea School, this past September. Oh, how time flies!