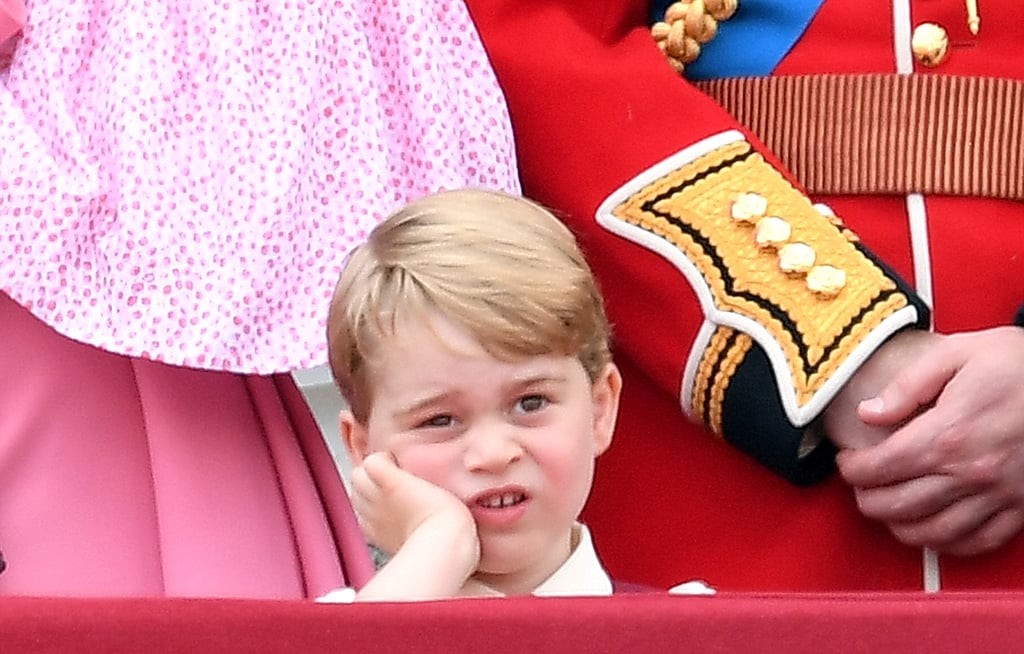 The royal family's spectacular, annual celebration of the Trooping the Colour parade was a sunny, smile-filled affair, but there was one person in attendance who seemed a little, um, over it, to say the least. We'll give you one wild guess who . . .

The adorable 3-year-old has a habit of letting his true feelings show, and while standing next to little sister Princess Charlotte at the parade, he unveiled some of his most hilarious facial expressions to date. Dressed in an adorable suspender outfit, George all but rolled his eyes at the Trooping the Colour festivities, while his mom and dad, Kate Middleton and Prince William, attempted to give him a few pep talks through out. Although we can't know for sure what was going through the little royal's mind, we have a few ideas . . .