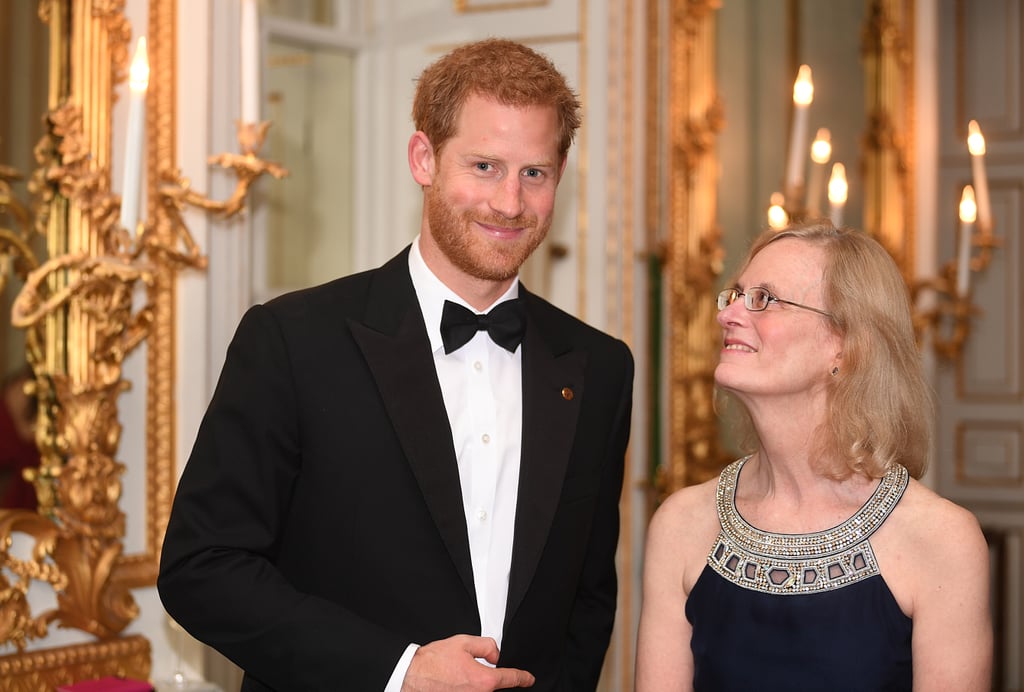 Prince Harry looked all sorts of dashing when he stepped out for the annual 100 Women in Finance Gala, benefiting the WellChild charity, at London's Victoria and Albert Museum on Wednesday night. Dressed in a black tux and matching bow tie, Harry was surrounded by women as he delivered a speech on behalf of the charity, of which he is a patron. "I have met the very children and young people for whom WellChild really does change their lives," Harry told the crowd as he thanked them for "making a difference to the lives of hundreds of children and young people." "I know the support will once again have a deep impact on the charity."

Harry's latest appearance comes amid reports that he and Meghan Markle have "already quietly" gotten engaged. A friend close to the couple reportedly told Us Weekly that Meghan and Harry are "holding the news back until she has finished on Suits," but another insider recently told the publication that they'll be announcing it very soon. We haven't seen a sparkler on Meghan's finger yet, but Harry sure has been looking really happy these days.