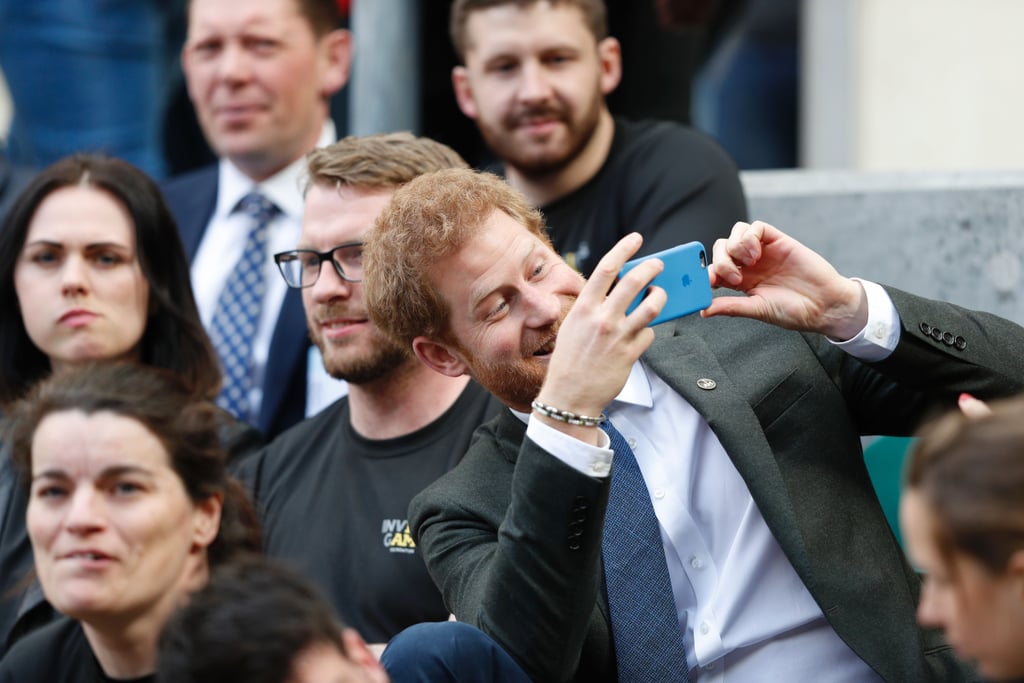 Have you ever noticed that whenever Prince Harry is doing something involved with the Invictus Games, he looks like he's having the time of his life? A few weeks after hanging out with an adorable 2-year-old at the UK team trials for the athletic competition, he brought athletes who participated in the 2014 and 2016 Invictus Games to watch the annual Army Navy rugby match in London on Saturday. Harry, who will be attending Pippa Middleton's wedding with girlfriend Meghan Markle later this month, was happy to goof off with everyone in the stands, taking selfies and making funny faces.

As Patron of the athletic competition — which is the only international sport competition for wounded, injured, and sick servicemen and women — he's been extremely involved since its inception. Last year, he kicked off the Invictus Games in Orlando, FL, with the help of Michelle Obama, and has kept in touch with the athletes ever since. Harry's Invictus Games Foundation was the official charity of this year's rugby match, so he also went onto the field to chat with some of the players from the Royal Navy and British Army, and to help sing the national anthem.