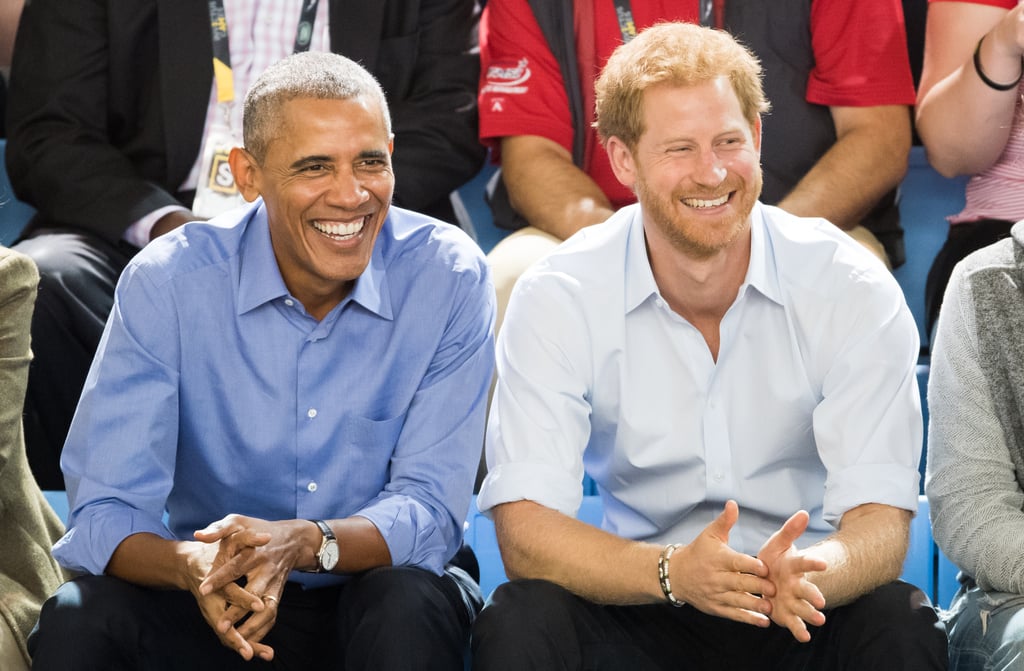 Prince Harry was in Toronto for the annual Invictus Games in 2017, he was joined by a very special guest: former US president Barack Obama. The two were all smiles as they sat side by side to watch the wheelchair basketball game along with Jill Biden, the wife of former vice president Joe Biden and a longtime supporter of military families. Clad in matching button-down shirt and jeans ensembles, Barack and Harry looked like two best friends just relaxing and having a fun conversation while checking out sports together. How cute were they?

Related:
So, Melania Trump Met Prince Harry — You Be the Judge of How It Went

We last got to see the two together back in May, when Barack visited Kensington Palace to discuss mental health, conservation, and support for veterans. The former president also offered his condolences to the victims of the horrific attack that occurred in Manchester that month.

Related:
Here's What Barack Obama Has Been Up to Since He Walked Out of the White House — and Our Lives
Previous Next Start Slideshow
Join the conversation
The British RoyalsBarack ObamaPrince HarryThe Royals
Latest Celebrity and Entertainment