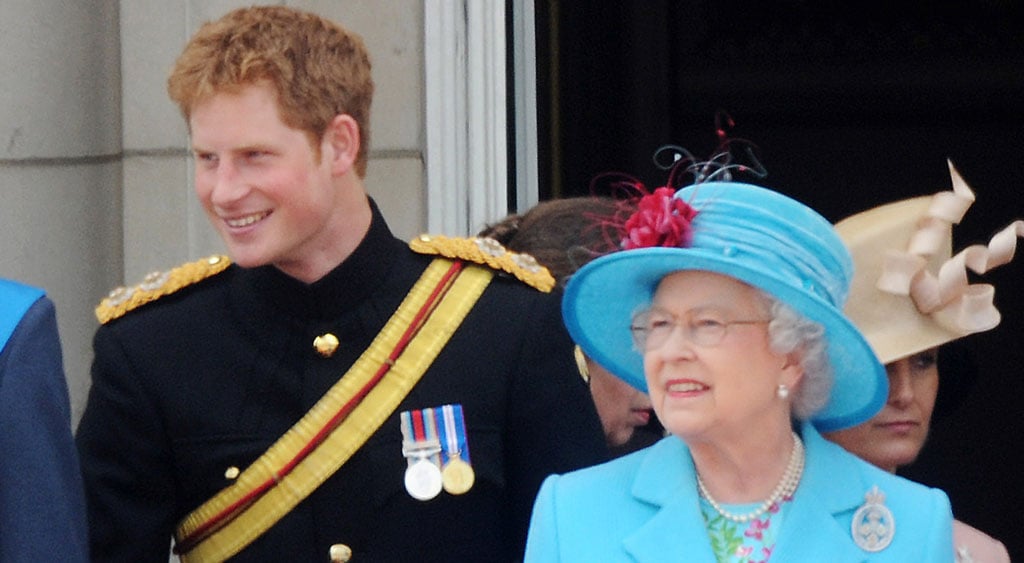 Although Queen Elizabeth II's 90th birthday isn't until the end of April, the royal family has been busy helping her celebrate all month long. In addition to a big birthday bash Kate Middleton and Prince William attended in her honor in India, the documentary Elizabeth at 90 — A Family Tribute has been giving the world an in-depth view into the queen's life bit by bit over the past few weeks. First, Kate revealed the sweet nickname Prince George has for his great-grandmother and later talked about the surprising gift she once gave the queen for Christmas. Now, Prince Harry has opened up about his life with his grandmother, and it definitely doesn't sound like a typical family dynamic.

"I still view her more as the queen than my grandmother," he says in the documentary. "You have this huge amount of respect for your boss and I always view her as my boss, but occasionally as a grandmother." There's no doubt that the queen must be more than proud of Harry, thanks to his many philanthropic ventures, including the rousing speech he recently gave in Nepal and his tour through South Africa in November. Despite the fact Harry and the queen might have a more businesslike relationship, it's heartwarming to know he has such a playful one with Prince George and Princess Charlotte.