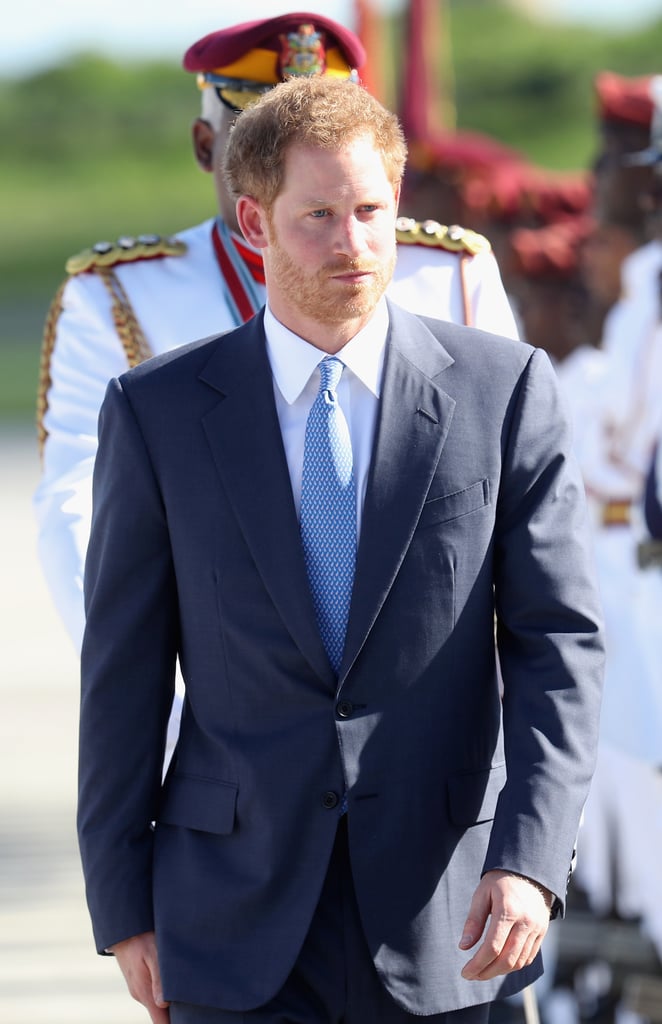 Prince Harry has officially kicked off his Caribbean tour! On Sunday, the royal touched down at the V.C.Bird International Airport in Antigua to begin his 14-day tour of the region. Upon his arrival, Harry was welcomed by governor Sir Rodney Williams and a large banner that read, "Antigua & Barbuda Welcomes Prince Henry of Wales." The young royal will be visiting seven different countries throughout his trip, and will attend several independence anniversary ceremonies. He will also spend some of his time focusing on the environment by learning about turtle conservation projects, replanting coral reefs, and spending six nights on a Royal Fleet Auxiliary Wave Knight vessel that is used for disaster relief. During his stop in Barbados, Harry is set to mingle with Rihanna at the Golden Anniversary Spectacular Mega Concert, which is being held to celebrate the island's 50 years of independence.