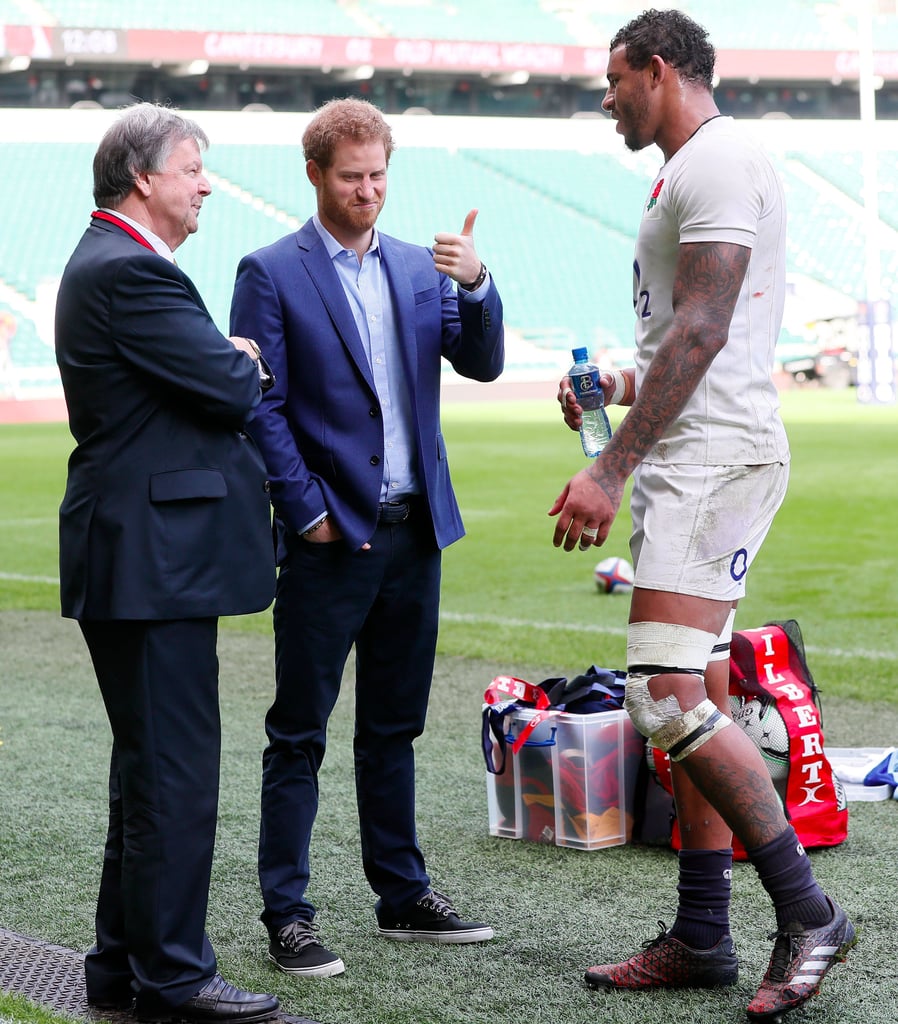 Prince Harry may be royalty and all, but that doesn't mean he's only into high tea and polo. The handsome royal stepped out when he attended an open training session with the English rugby squad in London. Harry, who had a romantic date night with Meghan Markle earlier, looked very cute in a suit jacket and jeans as he chatted (and made some funny faces) with a few players and coaches. His solo outing also comes less than two weeks after he showed off his fiercely competitive side while participating in a charity race with Kate Middleton and Prince William. We really do get more and more jealous of Meghan Markle with every new Harry outing.