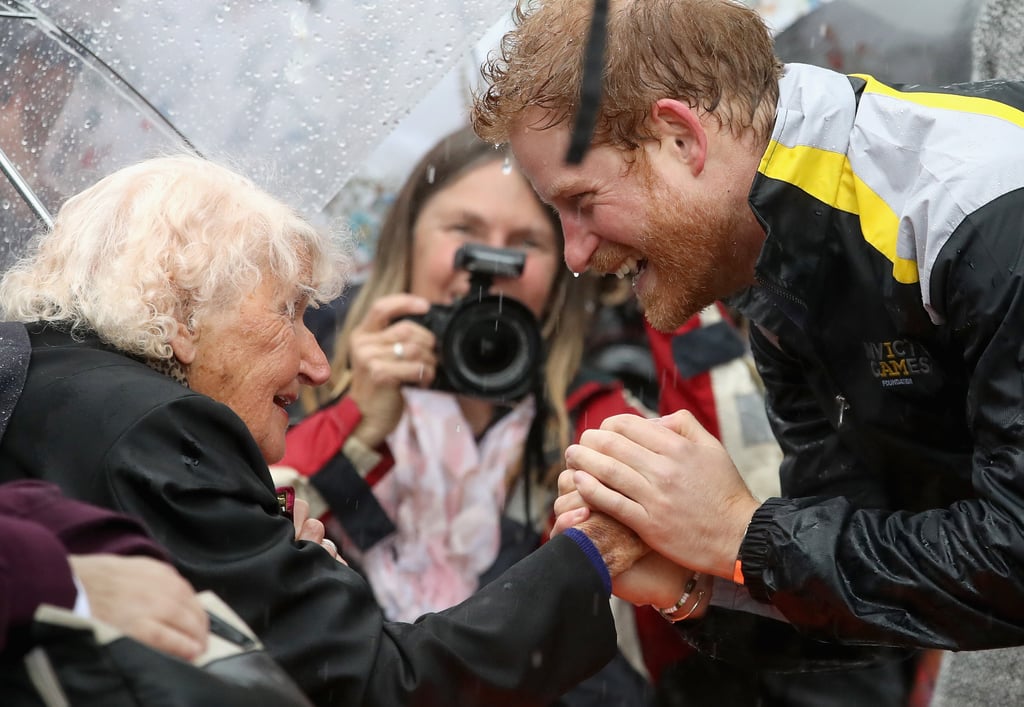 Prince Harry had a special fan waiting to greet him when he visited Sydney on Wednesday. Ahead of the 2018 Invictus Games Launch Event, the famous royal had a precious reunion with Daphne Dunne, a war widow who famously stole a kiss from him when they first met in 2015. Wearing her first husband Albert Chowne's medals, which were awarded to him posthumously after he died during the Second World War, the 97-year-old braved the cold and rain as she waited for Harry. Not only did the 32-year-old recognize her right away as he greeted her with a warm hug, but she even stole another kiss from him — this time on the other side.

The prince has certainly been keeping busy these past few weeks. Aside from preparing for the Invictus Games in September, Harry recently traveled to Singapore for the first time to visit the Jamiyah Education Centre and partake in a charity polo match for his organization, Sentebale.