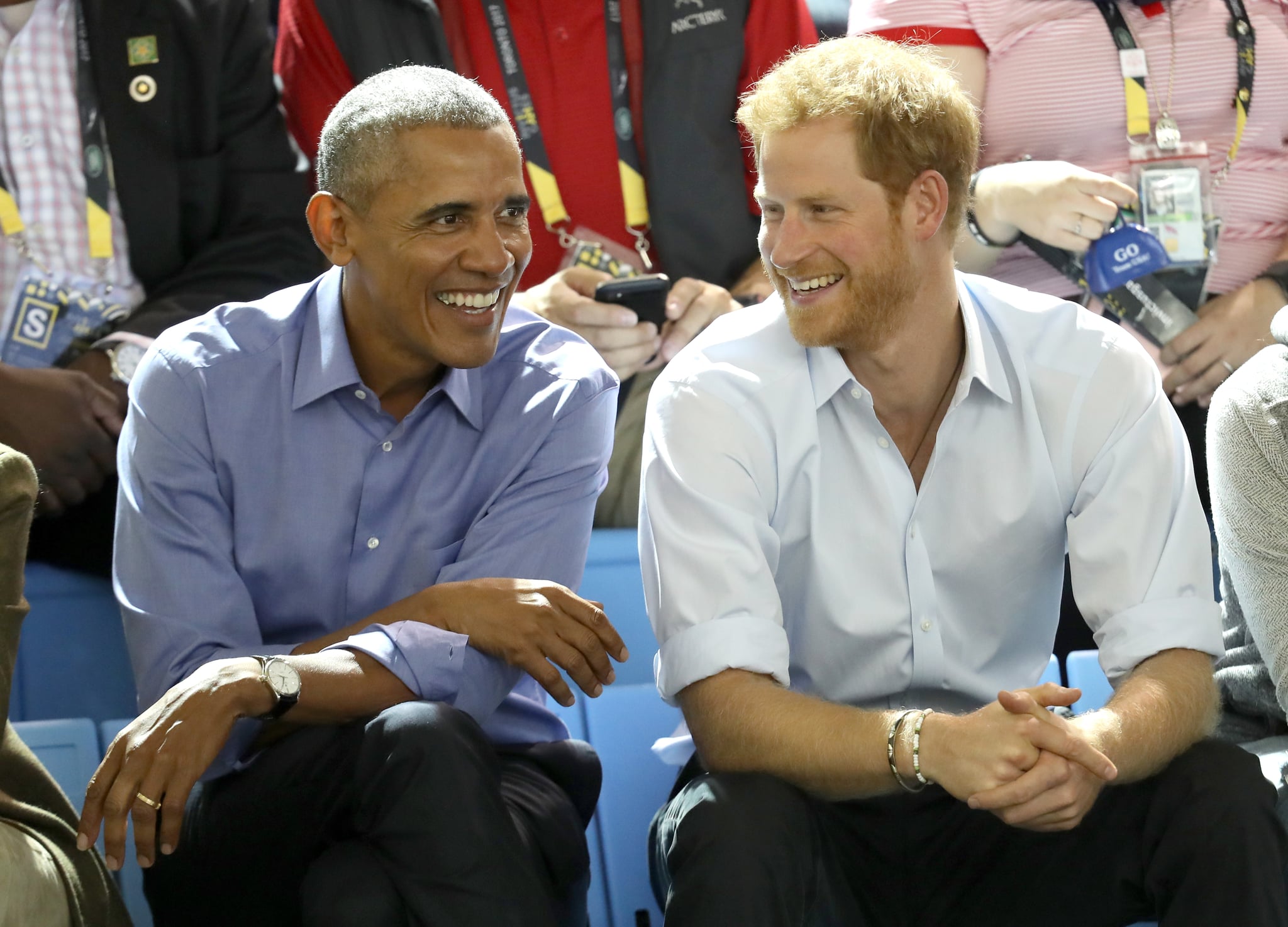 Barack Obama sat down for his first interview since leaving office, and his interviewer was none other than Prince Harry. The interview was recorded as part of BBC Radio 4's current affairs show, for which Harry stepped in as guest editor on Wednesday. Shortly after the interview aired in the UK, a podcast featuring the talk appeared online. In it, Obama spoke openly about what it felt like to attend President Trump's inauguration (sporting what Harry referred to as his "game face") and heaped praise on his wife Michelle, "a spectacular, funny, warm person," for her support during his time in office. The pair also discussed the future, particularly what is on the cards for the next generation of children and young people as the world changes immeasurably around around them.

The interview offered great insight into Obama's feelings about his time in office and beyond, but the funniest moments of the talk come in the closing minutes, when Harry subjects his friend to a round of revealing quick-fire questions. Obama is forced to decide between LeBron James and Michael Jordan (as a "Chicago guy" Obama picks Jordan), Aretha Franklin and Tina Turner ("Aretha is the best") and boxers and briefs ("we don't answer those questions"). Cheeky Harry also asked him to pick between Suits and The Good Wife, praising the former president for his choice of "Suits, obviously!" Obama also perfectly handles a tricky moment when asked to pick between William and Harry. "William, right now!" he jokes.