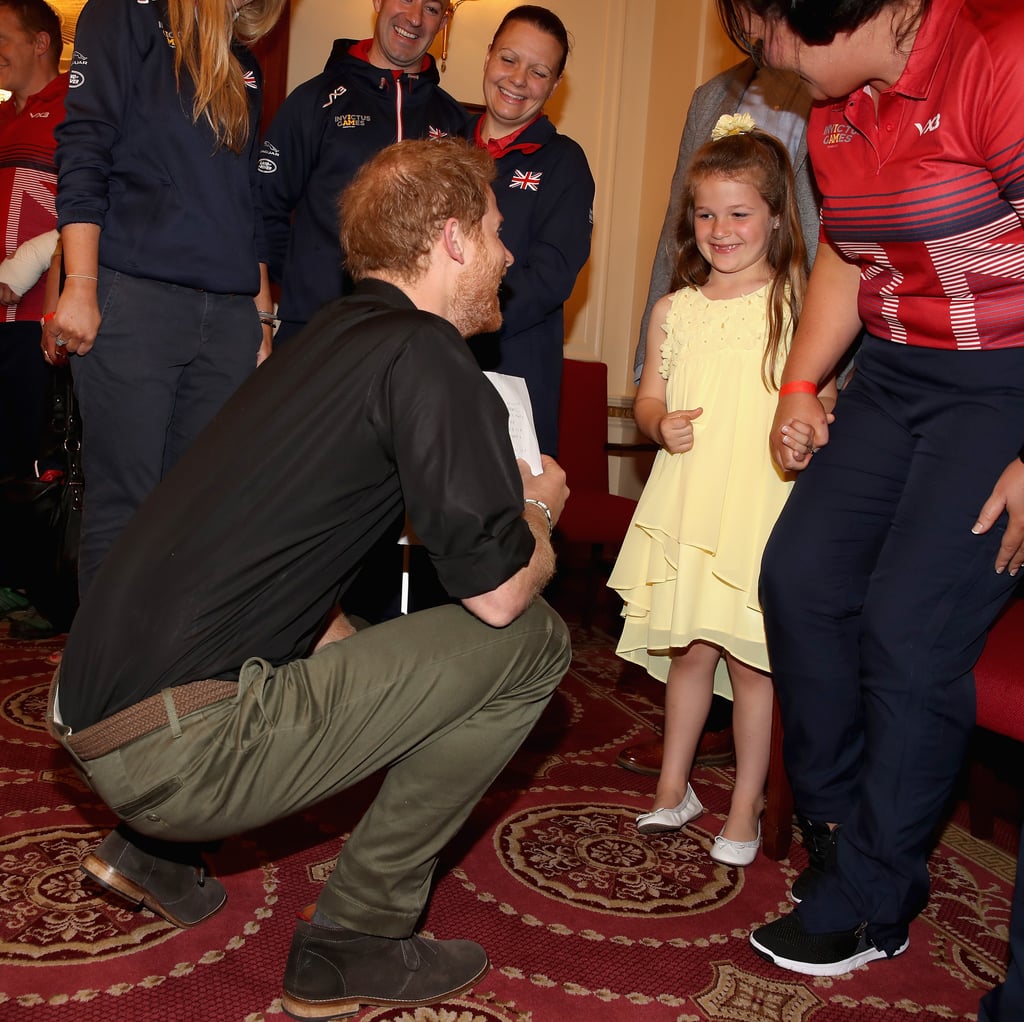 Prince Harry had a precious encounter with a little girl when he met with the team who represented the UK at the Invictus Games at the Tower of London. The royal was introduced to 6-year-old Maya Turner, whose mother, RAF Sgt. Michelle, is taking part in the games this September. Not only did he lean down to shake the little girl's hand, but he also took a moment to read the letter she wrote to thank him for "helping my mummy" and other wounded and injured military heroes. This is just the most recent way Harry is giving back to the community. Aside from offering his condolences to the victims of the Manchester attack in an official statement, he also met up with former president Barack Obama on Saturday to talk about "a range of shared interests, including support for veterans, mental health, conservation, empowering young people, and the work of their respective foundations."